The holiest day on the Hebrew calendar, Yom Kippur, is also the only day of the entire year during which no cars are allowed on the streets of Israel, except for those of police and emergency response services.

On Yom Kippur, Israel closes its air space even to flights passing through, and public transportation shuts down as well.


As local radio and television broadcasts drew to a close just before sundown, both secular and observant Israelis packed out to the streets Yom Kippur eve — this year, on Wednesday night — to stroll their neighborhoods and socialize with friends who are sometimes otherwise too busy to get together.

The highways are also empty — or supposed to be, anyway — and Israeli children sometimes venture out with their bicycles and walking with friends to enjoy the unusual opportunity.

Occasionally Israelis ignore the prohibition against driving on these roads during the Yom Kippur holiday.

On Wednesday night, a 12-year-old boy from Ramat Gan was hit by a 40-year-old allegedly drunken driver while riding his bicycle on Route 4, near the town of Givat Shmuel. Paramedics said the boy was wearing protective gear and a helmet when he was hit. He was rushed to Beilinson Medical Center in nearby Petach Tikva in critical condition and died of his injuries shortly after, police said.

The same night, an 11-year-old boy was hit by a vehicle and very seriously injured while riding his bike on the Ayalon Highway near Kfar Shmaryahu. He was taken to Ichilov Medical Center in Tel Aviv, and Hebrew-language media reported Thursday night the boy was not yet stabilized. The 52-year-old driver who hit the child was also evacuated to hospital and is reported in good condition.

The Magen David Adom emergency medical response service reported in a statement that 2,583 people in Israel were treated during the course of the holiday.

Of those, 239 people were treated after fainting and due to dehydration and feeling unwell due to the Yom Kippur fast.

At least 1,838 people were taken to hospital, including 135 pregnant women.

Another 226 Israelis were injured while skating and riding bicycles, scooters and skateboards. Five were listed in fair condition. 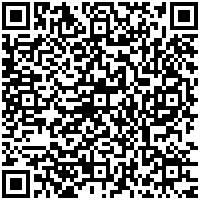