German police foiled a planned Islamist attack on Yom Kippur on a synagogue in the western German town of Hagen, after receiving “a very serious and concrete tip” about the threat, including details of its timing.

Four people were arrested early Thursday in connection with the planned attack, which was intended to include explosives.


Among those arrested was a 16-year-old Syrian teenager, according to Regional Interior Minister Herbert Reul for the state of North Rhine-Westphalia, who spoke with reporters on Thursday.

After receiving the warning, the synagogue canceled its Yom Kippur prayer services, the minister said.

Police deployed outside the synagogue building Wednesday evening and searched it for bombs. Nothing was found, Reul said.

North Rhine-Westphalia region Minister-President Armin Laschet told reporters, “We will do everything we can to clarify which networks may have been behind the plot.”

This plot took place two years after two passersby were shot and killed in 2019 when a synagogue in the eastern German town of Halle was attacked by a neo-Nazi gunman on Yom Kippur. He killed two passersby after he failed to break into the synagogue, which was barricaded from within.

It took some time to arrest the attacker but he was indeed convicted and is serving a life sentence for the murders. 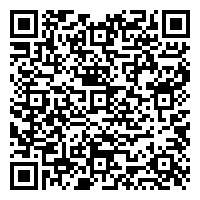