The ceremony, held to remember the six million Jewish victims of Nazi brutality, and to honor the survivors of the horrors of World War II, included the lighting of six memorial torches by six Holocaust survivors whose individual stories of survival were displayed to participants on video.

Prime Minister Benjamin Netanyahu and President Reuven Rivlin both delivered remarks at the ceremony, a somber annual reminder of the impact of the world’s willingness to abandon human decency.

“In exile our abysmal weakness doomed us to our fate,” Netanyahu said in his address. “In our homeland the strength we’ve built has made us a rising world power. Many – a great many – desire closer relations with us.”

However, he warned, “the extreme right, the extreme left and extremist Islam agree on one thing only: on hatred of the Jews. This hatred is expressed in despicable attacks on worshipers at synagogues, as took place a few days ago in San Diego and before that in Pittsburgh; in the desecration of Jewish cemeteries and in the publication of caricatures and articles dripping with hate, even in newspapers considered respectable.

“We are not speaking of legitimate criticism of Israel – I wouldn’t linger on it if it were that,” Netanyahu said. “But systematic, lying vilification that incessantly undermines the legitimacy of the Jewish nation state, and it alone. It’s an insufferable hypocrisy and cannot be accepted.”

Netanyahu spoke of the terror against Israel, the threats presented by Iran, and the various threats on Israel’s borders.

“To those who wish us ill I say in this of all places, we have returned to the historical stage, to the forefront of the stage. We’ve defeated our enemies before and God willing we’ll beat you too.”

Also included in the ceremony were musical performances, the IDF Paratroopers’ Honor Guard, the traditional recitation of Psalms and the Kaddish – the Mourner’s Prayer – and Kel Maleh Rahamim – The Jewish Prayer for the souls of the departed.

On Thursday morning, Holocaust Remembrance Day will begin with a two-minute siren at 10 am that will signal the entire nation of Israel to rise to its feet and come to a standstill in silence, for remembrance.

Today in Israel only 200,000 Holocaust survivors remain of the hundreds of thousands who initially survived and made their way to the newborn State of Israel once they were freed from the DP camps. Many are struggling with poverty. 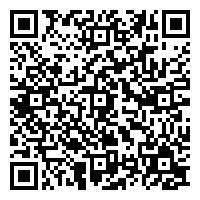