A document prepared ahead of Israeli Prime Minister Benjamin Netanyahu’s historic visit to Lithuania calls the death of 95 percent of Lithuanian Jews “a great tragedy for the Lithuanian state and society.”

The government of Lithuania has official accepted responsibility for the mass murders of Jews Lithuanian citizens carried out during the Holocaust, according to a document obtained by Israel Hayom.

The document states that 95 percent of the Jews in Lithuania at the time of the Holocaust were killed, and calls the deaths “a great tragedy for the Lithuanian state and society.”

“It is regrettable that Lithuanian civilians were personally involved in the mass killings organized by the Nazis,” the document reads.

The document was written and disseminated ahead of Prime Minister Benjamin Netanyahu’s historic visit to Lithuania last week—the first by an Israeli premier—and in response to criticism by Jewish organizations such as the Simon Wiesenthal Center that Lithuania sweeps the murder of Jews by its citizens under the rug.

Dr. Efraim Zuroff, head of the Israeli office of the Simon Wiesenthal Center, also noted that “Lithuania never imprisoned the murderers of Jews who took part in the revolt against the Soviet Union.”

Israeli Ambassador to Lithuania Amir Maimon said the current government was working to commemorate the Holocaust. and that it was taking steps in the right direction.

On Friday, Netanyahu and his wife, Sara, participated in a memorial ceremony for the 70,000 Jews of Vilnius who perished during the Holocaust. Also in attendance were Lithuanian Prime Minister Saulius Skvernelis, Lithuanian Foreign Minister Linas Linkevicius and chairwoman of the Jewish community in Lithuania Fania Kukliansky.

“Standing here today we remember all those who perished and all that was destroyed. … We also salute the heroism of those Lithuanians who, unlike collaborators, risked their own lives … and they saved many Jews. We will always honor their memory.” 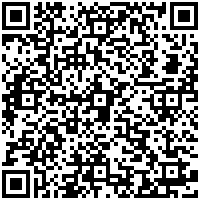