The tenth of the month of Tevet, which this year falls on Friday, Dec. 25 (irony of ironies?) is the general Kaddish day in memory of the dead and murdered whose day of death is unknown, including Holocaust victims. On this day, the relatives of the deceased light candles and say Kaddish and prayers to lift the souls of the deceased.

This 1949 decision of the Chief Rabbinate was a response the firm opposition of the senior Haredi rabbis to set a separate day of fasting in memory of the Holocaust, which they argued was already included in Tisha B’Av. Still, this compromise decision to commemorate the Holocaust in the framework of the existing fast on the 10th of Tevet was also not widely accepted in the Haredi public.


But two years after the 1949 decision, when the Knesset was about to set a separate date for the Holocaust Martyrs and Heroes Remembrance Day, Religious Zionist MKs promoted the selection of the 10th of Tevet for “Yom HaShoah.” Their proposal was rejected, and in 1959 the Knesset chose instead the 27th of Nisan which in 1943 coincided with the Warsaw Ghetto uprising.

Even after their position was not accepted, the Chief Rabbinate did not agree to cancel the Tenth of Tevet as the day of the general Kaddish, and the religious establishment continued to promote making it the country’s official Holocaust Memorial Day. Over the years, the General Kaddish Day has become a day marked mainly by religious Zionists.

On the tenth of Tevet, the armies of Nebuchadnezzar king of Babylon began their siege of Jerusalem, at the end of which the First Temple was destroyed. This day is now set for fasting and mourning for generations.

In 1949, the Chief Rabbinate Council and the Ministry of Religions determined that this day would be the general Kaddish Day in memory of the victims of the Holocaust. This decision reflects the view that the destruction of European Jewry is an integral part of the killing and destruction that has befallen the people of Israel since the dawn of history.

The first reference to the Tenth of Tevet as a fast appears in Zechariah 8:19, where it is called the “fast of the tenth month.” One opinion, in Rosh Hashanah 18b, is that the “fast of the tenth month” refers to the fifth of Tevet, when, according to Ezekiel 33:21, news of the destruction of the Temple reached those already in exile in Babylon. However, the tenth is the date observed today based on another opinion, in Taanit 29A, that it’s an unlucky day when bad things happen.

As with all minor Jewish fast days, the Tenth of Tevet begins at dawn and concludes at nightfall. In contrast to Tisha B’Av, there are no additional physical constraints beyond fasting (such bathing or leather shoes). People who are sick are exempted from fasting, even if their life is not in danger, and pregnant and nursing women are allowed to eat and drink as well.

Although many poskim, most notably the Mishnah Berurah, encourage adhering to the Tisha B’Av restrictions if one is willing and able, even those blessed souls must take a nice shower this Friday in honor of Shabbat. 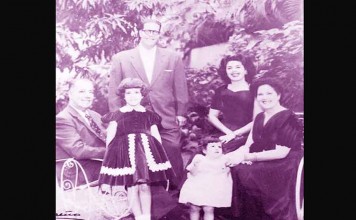 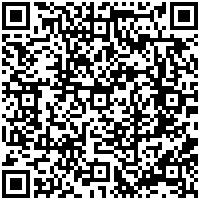