The Jewish cemetery of Bielsko-Biała in southern Poland was devastated this week as 67 graves were damaged by hooligans. Local police on Tuesday managed to identify the perpetrators: they turned out to be two 12-year-olds and one 13-year-old. The case has been turned over to the family court.

Poland was scandalized this week over the news of the devastation of the Jewish cemetery in Bielsko-Biała. Police immediately rushed into action and shared its information about the “prank” with the media. In addition to local officers, police hired the services of a tracking dog, and the investigation was personally supervised by the commander of the local police. Their efforts quickly paid off.


An entrepreneur with a company in the vicinity of the cemetery handed police security video images that established without the shadow of a doubt the identity of the criminals who turned out to be three teenage boys, two aged 12, one 13. They all live in Bielsko-Biała.

All three were apprehended and taken to the police station, where it was confirmed that they were the perpetrators of the devastation of the tombstones in the Jewish cemetery. The 12-year-olds were handed over to their parents, and the 13-year-old was taken to the police detention center for minors. The three teenagers confessed they acted “for hooligan motives,” according to the Polish press. Their fate will be decided by the family court.

When Germany invaded the city of Bielsko on September 3, 1939, more than half the local Jews fled to Kraków and Lvov in eastern Poland. But on September 17, the Soviets invaded the area, and many Jewish refugees who belonged to the upper class and spoke mostly German were picked up by the Soviet secret police and either killed or sent to Siberia.

In the spring of 1942, the Bielsko ghetto was liquidated by the Germans and the Jews who remained behind were eventually murdered in Auschwitz. After the war, some 3,500 Jews were registered in the Jewish Committee in Bielsko between February 1945 and 1950. There were also sick Jewish prisoners from Auschwitz.

The Jewish Community of Bielsko-Biała is a member of the Union of Jewish Religious Communities in Poland and in 2008 had several dozen members. The Community operates a synagogue during the Jewish holidays. 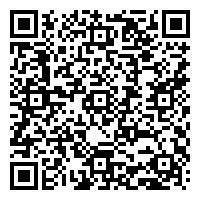