On November 28, 1941, Haj Amin Al-Husseini, the Mufti of Jerusalem, met with Adolph Hitler. At that meeting, the Mufti thanked Hitler for supporting the “elimination of the Jewish national home,” and let Hitler know that “the Arabs were Germany’s natural friends because they had the same enemies as had Germany, namely the English, the Jews, and the Communists.”

The JewishPress.com sent out an inquiry to Yad Vashem, as well as inquiries through informal channels at Yad Vashem, and have determined that the rumor is false.

The unofficial channels told us that the famous photo of Amin Al-Husseini and Hitler was never hung up at Yad Vashem in the first place, so Yad Vashem could not have quietly taken it down.

So to answer the question, what Happened to Yad Vashem’s Picture of Haj Amin Al-Husseini and Hitler?

The answer is apparently, absolutely nothing.

JewishPress.com was told that other pictures of Amin Al-Husseini are still there.

“In contrast to the recent reports, there has been no change to the Yad Vashem’s Holocaust History Museum exhibit on the Haj Amin al-Husseini, the Grand Mufti of Jerusalem, more than 10 years ago!

Yad Vashem adamantly reject the baseless statements that it is politically influenced in its considerations and decisions of how to present the historical narrative of the Holocaust with regards to the museum’s display or any other action within its sphere of responsibility.” 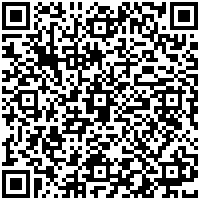