Prime Minister Benjamin Netanyahu and his wife Sara, along with Paraguayan President Horacio Cartes, attended the opening of the Paraguayan Embassy in Jerusalem, on Monday. The embassy opened in the Malha Technology Park, which is also the site of the new Guatemalan embassy.

“I want to begin with a salute to a great friend of Israel and a great personal friend of mine, President Horacio Cartes Jara of Paraguay. Thank you, Horacio. You’re an unbelievable friend, and I have to say that this represents the friendship between our countries but you gave it personal expression.

You came here with a great delegation. We signed agreements. That was also a formal expression of something that was informal and from the heart. You came to see me in Buenos Aires, I don’t forget that, and now you come here to open the embassy.

Paraguay helped Jews escape Nazi Germany. We will never forget this. You did this before the Holocaust, during the Holocaust and after the Holocaust. It was an act of benevolence and mercy that is forever etched in our hearts.

Paraguay supported the creation of the State of Israel, the recognition of the State of Israel in the United Nations. We will never forget that. Paraguay, before but especially under your leadership, took a very bold stance in international affairs and refused to cooperate with the lies directed against Israel. We always remember that. Thank you Horacio. Thank you, and thank you Paraguay.

We have great cooperation and it’s going to get greater. We have delegations; I reviewed all the visitors, the parliamentarians, the experts, the ministers, the delegations that go back and forth. It’s time. It’s time to do a lot more. It’s time to let our cooperation, how should I say this, flow like water. We’re discussing water, we’re discussing agriculture, we’re discussing technology, we’re discussing security, but we’re doing and we want to do more, and we will do more. And because of this, you have not only the support of our government but the profound gratitude of the people of Israel. We remember our friends. We have no better friends than you. Thank you, Horacio. Thank you, Paraguay.”

“This occasion is of special significance because it expresses the sincere friendship and brave solidarity between Paraguay and Israel.

From the depth of my heart, I appreciate this country that courageously defends its right to live in peace and it is building a praiseworthy economically prosperous state that ensures its future and that of its children.” 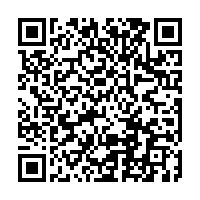