“As the world battles Holocaust distortion and trivialization, the significance of memorializing an individual victim has an enormous effect on one’s worldview,” Yad Vashem Chairman Dani Dayan said in a statement. “It is Yad Vashem’s ongoing mission to make sure that the stories and voices of the Holocaust victims and survivors are maintained and preserved for generations to come.”


Yad Vashem’s ‘IRemember Wall‘ allows the public to play an active role in the commemoration of a specific person who was murdered in the Shoah.

The project randomly matches participants with a Holocaust victim from Yad Vashem’s Names Database. Matches are then sharable on various social media platforms. The user can also choose a specific name of a family member or anyone else they know from the Names Database with whom they wish to be matched.

“This simple, yet highly effective platform provides the public with a deeper awareness and connection to what they may have previously seen as distant historical events and persons, with little to no relevance to their lives today,” explained Dana Porath, Director of the Digital Department in Yad Vashem’s Communications Division.

“By connecting with just one individual, one person that lived with his or her own dream, personality and lifestyle, the events of many decades ago become more real and relatable to us today. Through the lens of Holocaust remembrance and education, topics such as antisemitism, tolerance and speaking out against social injustices may all be easily broached.”

#LichtZeigen
Rabbi Dr. Akiva Posner was the last rabbi in the city of Kiel before the Holocaust. His wife Rachel took a photograph of the family’s Hanukkah menorah bearing a Jewish Star of David displayed in the window. On the other side of the window, were the telltale signs of impending doom, the local Nazi headquarters bearing the emblem of the Nazi Party, a swastika.

The photograph was snapped in December 1931 during the Jewish holiday of Hanukkah, the holiday celebrating Jewish strength and perseverance. A year prior to the rise of the Nazi party to power in Germany, two symbols of Jewish strength and continuity were juxtaposed in that photo with that of Jewish death and destruction.

The 91-year old photograph now serves as the heart of a new unique remembrance campaign in Germany entitled #LichtZeigen. Using the iconic photograph the local newspaper Kieler Nachrichten has distributed specially designed peel-off stickers of the image, and has asked residents to affix the photo in their window as a way to commemorate the Shoah (Holocaust) and its victims.

“There is a fundamental link between the personal items and artifacts in Yad Vashem’s extensive collections and the locations from which they originate, where the lives and communities of their Jewish owners flourished prior to the Holocaust,” said Dayan.

“It is particularly meaningful that these objects and the stories they “tell” of the victims and the survivors are reconnecting with their original communities in Germany — as a symbol that the memory of the Holocaust must not be forgotten. This commemorative initiative provides a personal connection to the lives of the six million Jewish men, women and children murdered, ensuring that the memory of the Shoah endures.”

Additionally, for the first time ever, Yad Vashem’s ‘ready2print’ exhibition “Shoah: How was it Humanly Possible?” is to be displayed at Congregation Shaar Hashamayim synagogue in Indonesia.

Richelle Budd Caplan, Director of the International Relations and Projects Department in Yad Vashem’s International School for Holocaust Studies, will participate in the opening.

“Although fewer people from around the world are able to visit Yad Vashem’s exhibits on the Mountain of Remembrance in Jerusalem, Yad Vashem is . . . making more of its ready2print exhibitions available to new audiences across the world – in more than 20 languages,” Caplan noted.

“This first-ever Yad Vashem exhibition in Indonesia will also be an educational tool. Yad Vashem’s International School for Holocaust Studies staff look forward to planning new online programs geared for Indonesian students in the future just as it has worked in recent months with students from Malaysia and other countries across Asia.”

Ready2print
Ready2print is an innovative concept in museum-quality exhibitions, allowing the production of the exhibition to take place locally and thereby save the high costs of shipping.

All of Yad Vashem’s exhibitions – ready2print and online – are designed to promote dialogue about the Holocaust, impart its universal meanings, and foster connection to its relevance to daily life in the twenty-first century.

Indonesia is not the only Muslim country participating in Holocaust remembrance this year. In honor of International Remembrance Day Yad Vashem is participating in a special erev Shabbat program sponsored by the Association of Gulf Jewish Communities.

Yad Vashem Chairman Dani Dayan will address the Jewish communities in the six Gulf states. Afterwards, Helena Gaon née Feuerstein and her daughter Rosalyn Ben-Giugi, second and third generation Holocaust survivors, will light Shabbat candles to signify the continuation of the Jewish people despite the atrocities of the Shoah.

These activities are geared to bridge both cultural and geographic gaps between Israel and the Arabic-speaking world, as well as to act as a resource for Jewish communities in Muslim countries.

“Yad Vashem places great importance on connecting the world – both far and wide with the memory of the Shoah,” Dayan commented.

“Both the history and stories from the Holocaust, which are housed here on the Mount of Remembrance, are extremely relevant to all of humanity and welcome the participation of both Jewish and Muslim communities in Indonesia and the Gulf states in remembering the Holocaust.

“Through these strategic partnerships and joint events Yad Vashem will ensure that the memory of the Holocaust is not relegated to the annals of history.” 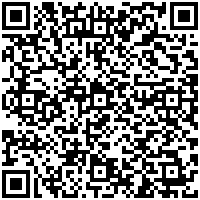