The Liveauctioneers website is asking for bids for Adolf Hitler’s toilet seat ‘captured’ at the Berghof— Hitler’s home in the Obersalzberg of the Bavarian Alps near Berchtesgaden, Bavaria, Germany.

“Guaranteed to be one of the most eye-catching items one could ever add to a collection of World War II relics,” the auction website reveals that the two-piece wooden toilet seat with a lid was removed by an “enterprising GI” from Adolf Hitler’s bathroom at his retreat.

“The seat measures 19 inches front to back and 16 inches wide, with two chromed steel fittings joining the two pieces. These fittings have long threaded shafts that passed through the porcelain bowl, and the wing nuts that secured them were replaced once the seal was removed.

“The seat is set in an old, rather battered period shadow box along with two snapshots of Borch with his immediate superior officer at the ‘Eagles Nest’ at Berchtesgaden, and a satirical anti-Hitler newspaper clipping.”

Since the end of the war, the “ensemble” has remained untouched in the basement of the soldier’s home in the northeastern US. According to the website, “the ruins of the Berghof were entered by American MP Ragnvald C. Borch, one of the first Americans on the scene and fluent in German and French when he was sent to liaison with the French 2nd Armored Division, the first Allied troops to reach Hitler’s home.”

According to a detailed letter of provenance signed by Borch’s son, when his father arrived on the scene, the soldier was told to “get what you want.” He made his way to Hitler’s bedroom, taking a World War I armored vest on display and two oil paintings. He saw the toilet seat and removed it.

When another MP, who was taking home a chandelier, asked Borch “What are you doing with that toilet seat?” he answered: Where do you think Hitler put his behind?

According to his son, as an MP, Borch easily cleared his souvenirs for shipping home. Also included in the auction is an original photograph of Borch and the other officer outside Martin Bormann’s bombed home, a copy of Borch’s service record, and a 2001 New Jersey news article on the history of this unusual relic.

A toilet that had been removed from Hitler’s yacht, the Aviso Grille, turned up in a New Jersey gas station a few years ago. This toilet seat is from Hitler’s personal bathroom. 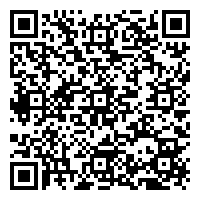