Irma has been downgraded to a Category 3 hurricane, with sustained winds of 120 mph, according to the US National Hurricane Center, but as it hit Key West late Saturday night, Florida, the devastation began, as all 29,000 KEYS’ customers lost their power at 11:05 PM ET.

According to media reports, Hurricane Irma is no longer affecting only Florida, as much of Georgia, Atlanta included, is under a Tropical Storm Watch, and parts of South Georgia are under a Hurricane Warning.


According to reports, on Saturday evening, ocean water began to wash into hotel parking lots and roads in Key West, and wild tornadoes were touching ground across Palm Beach and Broward Counties.

Most of of Florida south of the I-4 corridor has been under a tornado watch since midnight, and at 12:10 AM ET Fort Lauderdale Mayor Jack Seiler reported: “We’ve had 2 tornadoes confirmed touch down.”

According to TPS, Israeli rescue teams departed Saturday night for Miami. The mission, organized by the Israel Rescue Coalition (IRC), an umbrella group of rescue groups that includes United Hatzalah. The Coalition, which sent a psychotrauma crisis and response unit to Houston, Texas last month, said in a release that volunteers would administer first aid and assist Jewish communities in the aftermath of the storm. 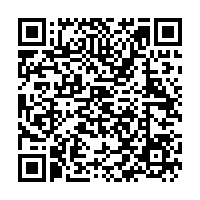