Bruce and Irene Steinberg of Scarsdsale, NY, and their three children, Matthew who attended the eighth-grade, William, who studied at the University of Pennsylvania, and Zachary, who studied at Johns Hopkins University, on Sunday night were among the 12 victims of a plane crash in Costa Rica.

The plane, a Nature Air charter carrying 10 American tourists and two Costa Rican pilots, took off shortly after noon, Sunday, from Punta Islita, on the Pacific coast, and crashed in a mountainous region, some 140 miles west of the capital of San José, where it was headed. The cause of the crash is not yet known.

Costa Rica’s president, Luis Guillermo Solís Rivera, issued a statement on Facebook saying, “I am in solidarity, on behalf of the people and government of Costa Rica, with the families of those who died in today’s tragic air crash. To them, who lost their loved ones, peace and resignation in this hour of deep pain.”

According to relatives and friends who spoke to the NY Times, Bruce Steinberg was an investment banker, and Irene volunteered at several nonprofit organizations. The family attended the Westchester Reform Temple in Scarsdale.

In September, a single-engine Cessna belonging to Nature Air crashed into a river in Guanacaste Province in northwestern Costa Rica, killing one American passenger and injuring another. 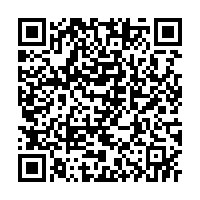