“A few minutes ago, the love of my life returned her soul to her Creator,” MK Yehuda Glick posted on his Facebook page early Monday morning, “Baruch Dayan Ha’Emet (Blessed be the Righteous Judge).”

Yaffa Glick underwent a stroke last June and in recent months was hospitalized in Misgav Ladakh hospital in Jerusalem.

MK Glick will be absent from the Knesset this week, and two opposition MKs have already agreed to balance his absence by staying away, as is common in such cases in the Israeli parliament.

In June, Yehuda Glick posted an emotional call on his Facebook page and his personal Twitter account, calling on people to pray for his wife’s recovery. “Dear friends and loved ones,” Glick wrote, “Two and a half years ago [after he had been stabbed by an assassin], she asked you to pray for me. Now, following a very serious stroke, she needs your prayers.”

He received hundreds of responses, including from government ministers and MKs from all factions of the coalition and the opposition, who promised to pray for Yaffa’s recovery. Glick responded to all the comments with a tweet: “Thanks to the people of Israel, the hugs are constantly flowing in from all parts of the nation, I am very appreciative.”

Funeral arrangements will be announced later on Monday. 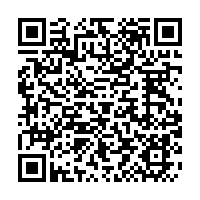