Question: Which of these statements is correct?

* The laws of chalav Yisrael milk don’t apply in America since the government makes sure all milk is kosher.


* Government inspections are not reliable, and therefore a person must drink only chalav Yisrael.

Answer: Neither. The laws of chalav Yisrael apply in all places and all times. Furthermore, government inspections are actually very thorough. What follows from these two facts, though?

The Talmud (Avodah Zarah 35b) states that milk acquired from a non-Jew is only kosher if a Jew supervised the milking. This rabbinical decree was enacted to protect Jews from drinking milk that may have (wholly or in part) come from a non-kosher animal. The law that milk requires Jewish supervision is undisputed and codified in Shulchan Aruch (Yoreh De’ah 115:1).

The Pri Chadash, a great 17th century posek, ruled that this halacha only applies if we have reason to believe the milk may be non-kosher (P’ri To’ar 115:2). Most poskim, however, rule otherwise, adopting the position articulated by the Chasam Sofer (Teshuvos Chasam Sofer, Yoreh Deah 107) that the prohibition of drinking chalav akum – gentile milk – applies regardless of the circumstances. Even if there are no non-kosher animals on – or even near – a particular farm, all milking on that farm must be supervised by a Jew in order for the milk to be kosher.

Rav Moshe Feinstein (Igros Moshe, Yoreh Deah I: 47-49) rules like the Chasam Sofer. Yet, he maintains that government supervision of dairy processors constitutes “Jewish supervision.” How so? By means of a Talmudic principle known as “anan sahadei,” according to which a person can virtually “witness” an event without physically seeing it.

Reb Moshe notes that the government supervises all commercial dairy processors in the United States, and companies know that if they are caught violating dairy regulations, their reputation will be destroyed. Since Jews know these facts, they effectively become witnesses to the milking through the principle of “anan sahadei,” explained Reb Moshe.

Other poskim disagree with this analysis. Even if knowledge makes one a virtual witness, they say, Chazal required the physical presence of Jewish supervisors.

How Is Chalav Yisrael Milk Supervised?

There are two types of chalav Yisrael farms. One is dedicated full-time to chalav Yisrael service. Such a farm has a team of mashgichim who live on the farm or very adjacent to it, and they supervise every single milking year-round.

The second type of farm provides chalav Yisrael milk on a per-need basis. When there is an order for chalav Yisrael milk, a kashrus agency will send mashgichim to supervise the milking until the necessary volume of milk has been produced.

According to halacha (Yoreh De’ah 115:1), a mashgiach must supervise the milking from the very beginning of the process; he must first inspect all milking and holding equipment to verify that they contain no residual chalav akum/non-supervised milk. Once the milking commences, he need not watch every second of it. He only needs to be there on a yoztei v’nichnas (in-and-out) basis (ibid., Shach 4).

Practically speaking, since dairy farms are very remote from Jewish communities – and from most everything else – once a mashgiach is on a farm, he can’t really go anywhere else and basically winds up being stationed there for the duration of the milking.

After each chalav Yisrael milking session is complete, with all the milk collected in a holding tank, the mashgiach will affix a special seal (usually bearing his signature and/or the symbol of the kosher agency) to it to ensure the chalav Yisrael integrity of its contents.

Once a chalav Yisrael company is ready to use the milk (typically as soon as the holding tank is full), the mashgiach will remove his seal from the tank and the milk will be loaded into a tanker truck for transportation to a processing plant.

Before the tanker truck arrives at the dairy processing plant, a mashgiach at the plant will supervise the plant’s kashering (the kashering being necessary since virtually all plants that manufacture chalav Yisrael products handle non-chalav Yisrael/chalav stam products for most of the year).

After the plant has been kashered, the tanker truck bearing the chalav Yisrael milk from the farm will arrive, at which point the dairy plant mashgiach will ascend the tanker, inspect its kosher seals to make sure they are intact and legitimate, and then allow the chalav Yisael milk to be unloaded. The milk will then be pasteurized, homogenized, and either bottled or used for chalav Yisrael butter, ice cream, or cheese, as the case may be. 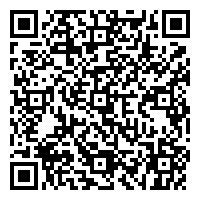