A single day separated the centennial celebrations of two prominent synagogues – the Jewish Center and the West Side Institutional Synagogue – earlier this month.

The Jewish Center was founded by Professor Mordechai Kaplan, who later went on to become the founder of Reconstructionism. Before starting the Jewish Center, Kaplan served as the English-speaking rabbi of Kehilath Jeshurun (“KJ”) together with Rabbi Moshe Zevulun (“Ramaz”) Margolies, who preached in Yiddish and after whom the famous school on the Upper East Side is named.


Rabbi Herbert S. Goldstein, Kaplan’s student and valedictorian at the Jewish Theological Seminary (which then claimed to be both Orthodox and Conservative), succeeded Kaplan when he left. Rabbi Goldstein – who was my grandfather – later went on to found the Institutional Synagogue. He was a professor of homiletics at Yeshiva University and the president of the Orthodox Union.

For its part, the West Side Institutional Synagogue, on June 3, focused on its founding rabbi and its current one, Daniel Sherman. (Sherman is actually the reason why the synagogue celebrated its centennial this year even though it was founded in 1917. It was too busy last year welcoming Sherman as its new rabbi.)

When I interviewed Mordechai Kaplan for the biography I wrote about my grandfather, The Maverick Rabbi, Kaplan indicated that the primary difference between the two synagogues when they were founded was that the Jewish Center sought to serve the needs of its members while the Institutional Synagogue sought to serve the members of the broader Jewish community.

Today, both synagogues serve the entire Upper West Side community, as do so many of the other amazing other synagogues of this incredibly vibrant and competitive neighborhood.

For 95 out of the first 100 years of the Institutional Synagogue and its successor, a Goldstein or a Reichel (my father, Rabbi Dr. O. Asher Reichel) served as the senior rabbi or rabbi emeritus. I did not inherit my father’s position, but I did author a biography of my grandfather and two monographs of the synagogue upon its centennial – one focusing on the synagogue’s history, activities, and leaders and the other focusing on first-person accounts of the living rabbis and presidents.

Both can be downloaded from the synagogue’s website along with a documentary by award-winning film maker Misha Zubarev. 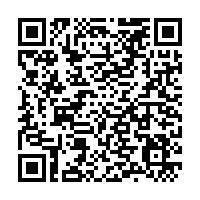