Froot Loops – like many other Kellogg’s cereals – bears a “K” on it. Frum Jews assume it’s kosher. Why?

By itself, a “K” signifies little. Rabbi Chaim Fogelman, head of marketing and education at the OK, told The Jewish Press that in “New York State, if a product has a ‘K’ on it, it has to be kosher to some degree – meaning, verified by some rabbi, but, not necessarily an Orthodox one.” In some states, he added, it’s legal to print a “K” on a product that was not rabbinically supervised at all.


Nonetheless, several kashrus agencies will approve a product if the company decides to put a “K,” rather than the agency’s symbol, on it. The original impetus for doing so, industry experts told Jewish Press, was providing kosher consumers with as many options as possible. They didn’t wish to let the companies’ marketing preferences deprive consumers of perfectly kosher products.

Years ago, “companies were afraid of the associations consumers may develop with their product if it is had an elaborate kosher symbol,” explained Rabbi Fogelman. They were afraid of it “being seen as a ‘kosher’ product,” he said.

And so, the KVH, for example, “always allowed Kellogg’s to use a ‘K’ because Kellogg’s refused to put the KVH symbol on their product,” said Rabbi Zvi Goldberg, a kashrus administrator at the Star-K.

But how does one know if a “K” product is, indeed, kosher?

“You have to ask a reliable kosher agency who stands behind the ‘K’ on the product,” said Rabbi Moshe Berger, operations manager at the Orthodox Rabbinical Board. Rabbi Sholem Fishbane, a kashrus administrator for the cRc (Chicago Rabbinical Council), said investigating is also important because even if a “K” product was once kosher, it may no longer be or it may no longer be under anyone’s supervision. “Consumers may be unaware of the change because the ‘K’ may remain on the product,” he said.

Changes in a product’s ingredients, though, don’t occur “overnight,” said Rabbi Moshe Kaufman, a kashrus administrator at KVH. And “with all the social media nowadays, people will find out pretty quickly if a product lost certification,” he said.

He noted that when the KVH stopped giving certification to Kellogg’s, it publicized the news everywhere – on Twitter, Facebook, etc. “It was imperative that people know and not be confused,” he said. (OU now certifies Kellogg’s products.)

Only a handful of reliably kosher “K” products remain on grocery shelves, said Rabbi Goldberg. “Whatever concerns a company may have had in the beginning – that the kosher symbol could damage them – has not only proved to be untrue, but given the growing rate of the kosher market, it [has proven to be] beneficial for them,” he said.

Additionally, Rabbi Goldberg said, kosher consumers want more reliable certifications. “Consumers are more educated than they used to be, and they know the ‘K’ usually means that the product may not be reliably certified. Companies don’t want to lose that market,” he said.

Perhaps that is why Kellogg’s, after many years of placing a “K” on its products, will be displaying an “OU” on them instead in a few months. It doesn’t pay for companies to put a “K” on the product anymore “because if they’re already paying an agency to get a reliable certification, they should get the benefit of the having consumers who are buying the product because it’s reliably certified,” said Rabbi Goldberg.

Given concerns regarding the reliability of products with a plain “K,” major kashrus agencies take different approaches on whether to publicize as kosher products that bear a “K.”

As a rule, the OU will not certify products – or include them on its kashrus lists – unless the company agrees to mark them with the OU symbol. “Consumers will not always be checking lists, and if there is a change, how will they know?” said Rabbi Moshe Elephant, chief operating officer of the OU.

The Star-K, too, only gives certification to companies that use its symbol, but on its website it does include “K” products. Rabbi Goldberg of the Star-K said that “if another reliable agency does allow this – and if the item is not likely to lose its hechsher, it’s a widely-used and needed product, and we are comfortable with the level of certification – then we could recommend its use on our list.”

Rabbi Goldberg said if a product loses its hechsher, Star-K will publicize the news widely.

The “K” era is certainly waning, but kosher consumers can still learn valuable lessons from it. “I cannot stress enough the importance of being an educated kosher consumer in today’s day and age,” said Rabbi Kaufman. Symbol confusion still remains, he said, making it vital that consumers stay informed and up to date.

He related that a consumer once called saying that a certain product with a KVH symbol didn’t “look right.” Sure enough, after the matter was looked into, it became clear that the product was not certified by KVH.

“If something doesn’t look right, be an educated consumer: call, research, etc.,” he said. “Don’t imagine that a yogurt that has been not kosher for years suddenly became kosher and pareve.” 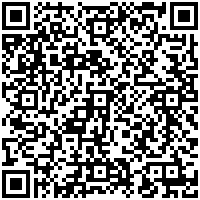