Born in 1921 in Winnipeg, Manitoba, to an Orthodox Jewish family that owned a slaughterhouse, Halparin graduated with a BS in chemistry and zoology from the University of Manitoba. He began his show business career on CKRC radio in Winnipeg, and moved to Toronto in 1946, where he worked on CHUM radio and changed his name to Hall. He later hosted game shows on WABD-TV and eventually moved to NY City to work on CBS and NBC. He also co-hosted a weekend news show for the NBC Radio Network. He also broadcast New York Rangers National Hockey League games during the 1959–60 season.


In the early 1960s Hall moved to California and became the host of the game show Let’s Make a Deal, which he developed and produced with partner Stefan Hatos. Let’s Make a Deal with Monty Hall aired on NBC from December 1963 to December 1968, and on ABC from December 1968 until July 1976, and then on NBC from 1990 to 1991. Hall was producer or executive producer of the show through most of its runs. He also appeared in and produced several other game shows, including Split Second, Chain Letter, Masquerade Party, 3 for the Money, It’s Anybody’s Guess, The Joke’s on Us, What’s This Song? and PDQ.

Hall received a star on the Hollywood Walk of Fame in 1973; and a Golden Palm Star on the Palm Springs, California, Walk of Stars in 2000. In 2002, he was inducted into Canada’s Walk of Fame, along with two other Canadian game show hosts: Alex Trebek and Howie Mandel.

Monty Hall’s wife since 1947, Marilyn Hall, died on June 5, 2017, in their home in Beverly Hills. The couple supported Jewish causes such as the Jewish Welfare Fund, the Jewish Home for the Aging, and Brandeis University in the United States, as well as Israel Bonds and Tel Aviv University. 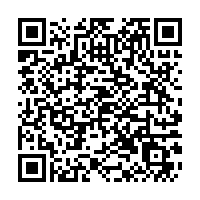