Meet Josh Mandel, who won the Ohio GOP primary and will take on Sen. Sherrod Brown, D-Ohio, in the fall. A new-age GOP, his fiscal policy comes down to this: he says the country needs to undertake “sweeping regulatory reform.”

Mandel, 34, has been compared to the other dashing, young conservative, Sen. Marco Rubio, R-Fla.. Next week, Rubio is coming to Ohio to campaign with Mandel. “This guy is the real story coming out of Ohio,” one longtime GOP consultant in the state tells me. “He’s the rock star of the party.”


He has a serious battle ahead, against incumbent Brown, who holds a double-digit lead over the former Marine in polls. But he is not discouraged.

Brown will “still be beating us in the polls probably through the summer, maybe even into the early fall,” Mandel said. “The only poll we care about is Election Day and on Election Day, we’re going to win. He has an advantage in that he’s got great name ID. His name ID, his name recognition, is in the mid-90s. He also has a significant disadvantage in that everyone knows who he is but still less than half the people want to rehire him. Our challenge, our main obstacle, is building up our name recognition, getting known throughout the state of Ohio.”

The Atlantic’s Molly Ball asked what makes Mandel think he’s ready to be a U.S. senator. She reports: “Mandel looks me gravely in the eye” and responds:

“The Constitution,” he says, pausing for effect, “says that you have to be 30 years old. And I think the people who wrote the United States Constitution had a wisdom about them that was very special, and a vision for America that should be appreciated.”

Another long pause. “I served two tours in Iraq? In the Marine Corps?” he says. “I’m the treasurer of the state of Ohio, where, when the United States credit rating was downgraded for the first time in American history, and 14 government funds around the country were downgraded, we earned the highest rating we could earn on our $4 billion investment fund. Where we navigated the European sovereign debt crisis with a yield, rather than a significant loss like so many other — er, unlike so many other — a loss — you know what I’m trying to say. With a yield rather than a loss, when so many other corporations and organizations and governments lost money around the country.”

Mandel is a strong supporter of Israel. He and his wife Ilana were married in Jerusalem in 2008.

Mandel was a member of AIPAC at the Ohio State University. In 2008, he attended the 2008 AIPAC Policy Conference in Washington, D.C, where he gave an address, and was quoted as saying “It was inspiring, the young people so motivated and gung ho about strengthening the Israel-United States relationship…Israel is our best friend and ally in the Middle East and it’s important that we maintain a strong and lasting relationship with them.”

At that conference, Mandel stated Iran was a threat, and discussed his divestment initiatives as a legislator in Ohio.

In February 2009, during Operation Cast Lead, the Israeli government issued a statement thanking Mandel for his support of the operation.

In May 2009, Mandel was a panel participant at the 2009 Awards and Installation Dinner held by the World Alliance for Israel PAC in the Los Angeles area.

In 2010 the OhioDaily obtained a copy of a letter sent to then Republican Treasurer candidate Josh Mandel from Canton, Oh. Rabbi Leah Herz, who scolded the young Mandel for race-bating:

Mr. Mandel, I do not question your heroism, and like all decent Americans I applaud your sacrifices while serving in our military.  As a Rabbi however, I say, “shame, shame” on the way you have behaved.  You are not a Nice Jewish Boy.

OK, so not everybody loves him… 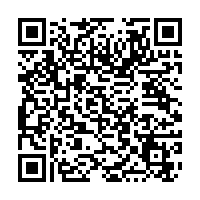