The air inside and outside the community center in the Shmuel HaNavi neighborhood in Jerusalem was rife with the kind of excitement one finds in rock concerts. Hundreds (maybe as many as two thousand) of religious Jews, mostly in Haredi garb but quite a few in “modern” street clothes, and an enormous band of local children, pushed, shoved, pressed, retreated temporarily before the loud demands from organizers, then got back to pushing as relentlessly as before. If the measure of such an event was how intensely thrilled folks were to be in it – this one broke a few records. If the core idea of the entire event, which was to urge our Redemption from above by starting it down below, right here on Earth, then this one had to have cut through a whole bunch of “klipot” (evil shells).

The organizers, the Movement for the Renewal of the Holy Temple and The Temple Institute (special thanks to Hillel Weiss who was very helpful to this reporter) are comprised of hard core believers in the principle of “acting as if” – or, if you will, attempting to do the maximum on our part in adhering to the commandments which are connected to the sacred labors of the holy Temple, gone now some 1942 years, so that up in Heaven a complementary response would usher in the Messiah and bring about the rebuilding of the actual holy Temple.


This yearnings, coupled with the voracious curiosity of a crowd of many hundreds of Jews of all sizes and weights and fragrances and sounds and colors, made for the most fantastic street theater yours truly has encountered in years. Move over, Occupy Wall Street, make room for Occupy Temple Mount.

The event began with a scholarly discussion of all the many aspects of the Pascal sacrifice, a two hour session before a very deeply interested crowd of mostly men in the neighborhood Moriah synagogue, with a huge assembly of children who watched the slanted, crooked, computer-generated slide show on the bare wall with an intensity and joy that easily topped those of any kid playing any video game. There’s a family of Jews waking up early in the morning to start the journey, along with a bull for the holiday sacrifice and a lamb or a goat for the Pascal sacrifice, Rabbi Israel Ariel, head of the Temple Institute, would narrate, pointing at a colored illustration up on the wall, and the children would stare, mystified, never taking their eyes from the simple images.

The audience sat through two hours of detailed discussions of precisely what must be done, when, where, how much, and all the other W’s of religious super-realism, in case, God willing, come Friday, Nissan 14, 5772, the Prophet Elijah would appear on CNN alongside the next King of Israel, and proclaim that it’s on. At that point, asked Rabbi Tzvi Idan from the podium, where does one go for a Pascal sacrifice? Never mind all the other crucial questions having to do with integrating a modern-day society with the tenets of a Biblical one.

But the scholarly stuff, although daring and amazingly well thought out, couldn’t match the visceral, irrepressible excitement that followed outside, on the grounds of the Shmuel HaNavi Matnas (the local equivalent of a JCC, but with fewer swimming pools). As soon as the teaching was over, the court yard in front of the spacious, three-story building became packed with big and small Jews, as well as a band of reporters, photographers and cameramen of both sexes – that last part raised a few grumpy comments from some organizers, but the ladies with the cameras, including the Jewish Press’ videographer Yarden Yanover, who were the model of tznius in their manner of dress – stood their ground and kept shooting. 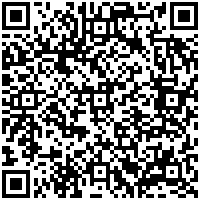