Zane Buzby, whose Survivor Mitzvah Project helps and even saves the lives of the forgotten victims of the Holocaust, told Extra on Friday that “Mel Gibson is helping Holocaust survivors in eight countries, it’s remarkable.”

“I have a great respect for people who turn their lives around, and I think that everyone makes mistakes in life, and I think the real proof of what kind of human being you are is what you do with that mistake,” Buzby said. “He’s educated himself. He’s done philanthropic work now, and I think that actions speak very loudly… and his actions have helped a lot of people.”


Buzby, who appeared alongside George Burns in “Oh, God!” and with Cheech & Chong in “Up in Smoke,” has since devoted her life to philanthropy, assisting Holocaust survivors in Eastern Europe with her Survivor Mitzvah Project. She is also the founder of SMP’s Holocaust Educational Archive, a growing repository of thousands of letters from survivors and hundreds of hours of videotape shot in five countries in Eastern Europe, depicting never before recorded testimony and locations illustrating the “Holocaust in the East.”

Mel Gibson, for his part, was arrested on July 28, 2006, by deputy James Mee of the Los Angeles County Sheriff’s Department for speeding under the influence while. According to the arrest report, Gibson exploded into an angry tirade when the arresting officer would not allow him to drive home, exclaiming, “[expletive] Jews… the Jews are responsible for all the wars in the world. Are you a Jew?”

It turned out James Mee was, indeed, Jewish.

Gibson was also recorded in equally offensive tirades against African Americans and gay people, to name a few groups one should not tirade against while drunk.

The Australian movie star and gifted director has been working overtime to clean up his act, a Herculean task if there ever was one. After his unforgettable anti-Semitic explosion, he met Jewish community leaders. After his anti-gay diatribe he appeared at a Gay and Lesbian Alliance Against Defamation event. He donated millions to charity, joined Alcoholics Anonymous, and has done the mea culpa on countless interview shows, including Stephen Colbert’s, promoting his latest movie, Hacksaw Ridge, about an American heroic pacifist who served as medic in WW2.

So, being added to the list of righteous gentiles who help Holocaust survivors is definitely par for the course of rehabilitation of Mel Gibson. He looks a lot older these days, especially with his bushy, prophet’s beard. After being shunned by Hollywood for almost a decade, it’s tzadik time for Mel.

As a Fox executive has told the Guardian last year: “Hollywood is quite good at forgiving. You can see that again and again. If the work is strong enough, then the inclination to forgive the artist becomes stronger, too. And people are really, really liking Hacksaw Ridge.” 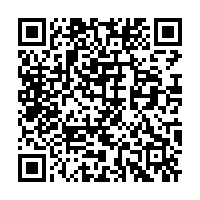