Despite comprising just 2 percent of the total U.S. population, Jews have always played an outsized role in politics.


While Congress traditionally does not play a prominent role in foreign policy, support for the State of Israel has long been a bipartisan consensus view. However, with the election of several old and new supporters of the BDS movement in Congress comes concerns about the erosion of support on the left. At the same time, Jewish congressional members also largely reflect the liberal and progressive views of the majority of Jewish Americans, with support for expanding access to health care, climate change, reproductive rights, racial justice and gun control.

Here is a breakdown of how Jewish candidates have fared so far in the Nov. 3 general election.

Note: Reporting percentages are based on the Associated Press.

All nine Jewish senators from the 116th Congress were not up for re-election and will continue to serve in the next Congress, including Sen. Chuck Schumer (D-N.Y.), who was the minority leader and could serve as majority leader if the Democrats gain control of the upper chamber, which for now looks unlikely. Several Jewish candidates did compete for senate seats in the recent election.

In Alaska, with 50 percent reporting, Independent Al Gross, who was supported by Democrats, has been trailing incumbent Republican Sen. Dan Sullivan, who is expected to hold onto his seat with the former getting 31.2 percent of the vote and the latter receiving 63.6 percent.

In Georgia, with 95 percent reporting, Jon Ossoff, who unsuccessfully ran for Congress in 2018, has been trailing incumbent Republican Sen. David Perdue, 47.2 percent to 50.5 percent, respectively.

In accordance with Georgia electoral law, if no candidate gets at least 50 percent of the vote, a runoff between the top two finishers will be held on Jan. 5.

In the Georgia special election to serve the remaining two years of the term of Sen. Johnny Isakson (R-Ga.), with 94 percent reporting, Matt Lieberman, a son of former Sen. Joe Lieberman (I-Conn.), finished in fifth place with just 2.8 percent of the vote. Incumbent Republican Sen. Kelly Loeffler will face reverend and pastor Raphael Warnock, a Democrat, in the special election. Warnock received 32.2 percent of the vote, Loeffler got 26.3 percent, and Rep. Doug Collins (R-Ga.) received 20.3 percent.

Unlike the U.S. Senate, each seat in the House is up for re-election every two years. For the incoming 117th Congress, the Democratic Party is expected to maintain control of the House with several Jewish representatives likely to retain key leadership and committee leadership roles.

Playing a prominent role during the impeachment of U.S. President Donald Trump, Rep. Adam Schiff was easily re-elected for California’s 28th Congressional district. He will be joined by Jewish Democratic Reps. Alan Lowenthal, Mike Levin and Brad Sherman part of California’s congressional delegation. Notably, Sherman has announced his intention to run for the head of the powerful House Foreign Affairs Committee after Rep. Eliot Engel (D-N.Y.) lost in his state’s June primary.

Rep. Jerry Nadler (D-N.Y.), who chairs the powerful House Judiciary Committee and also played a prominent role in the impeachment of Trump, easily beat his Republican opponent, Cathy Bernstein, 68.6 percent to 30.1 percent, respectively. He will likely be joined on the New York congressional delegation by Zeldin. However, Democratic Rep. Max Rose is on his way to being upset by Republican New York State Assemblywoman Nicole Malliotakis.

Michigan will send two Jewish Democrats to Congress in the next term with incumbents Democratic Rep. Elissa Slotkin and incumbent Democratic Rep. Andy Levin both beating back their Republican opponents. 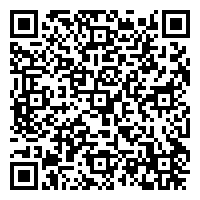