NY Second Circuit Judge Gerard Lynch on Thursday revived a suit by Alana Shultz from Manhattan who claims she was fired by the Jewish congregation where she worked after they discovered she was pregnant at the time of her wedding. The court found the claimant had a cause of action under Title VII [of the Civil Rights Act of 1964] based on her termination notice, even if said notice was rescinded before taking effect.

Congregation Shearith Israel, a.k.a. the Spanish and Portuguese Synagogue, is located on West 70th Street and Central Park West.


Shultz said she was fired on July 21, 2015, a day after returning from her honeymoon to her job as Program Director of Congregation Shearith Israel, a job she had held for 11 years. She was let go during a meeting with congregation officials, who claimed they were “restructuring.” When the same officials had heard that Shultz had hired an attorney, they told her, ten days before the date she was to leave, that all was forgiven, please come back to work.

Shultz went ahead with the lawsuit anyway – and lost. The judge did not believe she had suffered an “adverse employment action,” and therefore could not sue under Title VII, which prohibits discrimination by covered employers on the basis of race, color, religion, sex or national origin. Title VII also prohibits discrimination against an individual because of his or her association with another individual of a particular race, color, religion, sex, or national origin, such as by an interracial marriage.

The appeals court, however, ruled that the initial firing constituted an adverse employment action, because of which Shultz “had ample time to experience the dislocation of losing her employment at a particularly vulnerable time, undertake the effort of retaining counsel, and inform the congregation that she was going to file suit.” 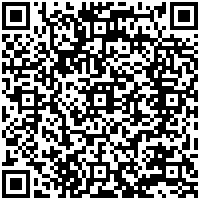