In what has been described as “a closeted and cowardly move,” the Jewish Federations of North America last week rejected the inclusion of the term “Zionism” in a major system-wide planning document.


The JFNA’s Global Planning Table is the mechanism by which JFNA and Federation leadership come together to determine the allocation of dollars for new Federation initiatives outside of the United States.  The Report issued by this collaborative is considered a building block of the allocations decision making process, and it was the call to include Zionism in the recent report that was rejected.  The Global Planning Table page of the JFNA website does not include either the term Zionism or Israel.

Richard Wexler, former chair of the Chicago Federation and national chairman of the United Jewish Appeal in the late ’90’s, revealed yesterday, July 26, that JFNA’s leaders have rejected the inclusion of the term “Zionism” in their Global Planning Table Work Group Report  because the term “is too controversial.”

In 2008 Wexler stepped down from his position as chairman of the United Israel Appeal, a subsidiary of what later became the JFNA.  He also was one of the architects of the merger of United Jewish Communities, the umbrella group for the local Federations.  Even while in a leadership position, however,  Wexler was critical of the management culture, writing in his blog “UJ Thee and Me” that “criticism is not merely ignored, it is not tolerated.”

Some fear the JFNA move will be seen as a watered-down acceptance of the notion that Zionism is to blame for the problems in the Middle East, or at the very least an effort to hold at arms length the idea that Jews are entitled to a national homeland.

“I am beyond disappointed and upset,” Wexler told The Jewish Press, about the decision to hide from the idea of Zionism.  He said, “that is at the heart of all we do.”

Members of the GPT work group who were present at the meeting and frustrated by the outcome told Wexler about the decision.

One of those most closely involved in this decision making effort was Joanne Moore, senior vice president for JFNA’s Global Planning Department.  Moore oversees the Global Planning Table, JFNA’s research department and the General Assembly.

Prior to joining JFNA, Moore, a former U.S. Peace Corps volunteer, spent more than a dozen years working on USAID-funded public health projects in Africa, Haiti and Asia.  She also was a consultant to the Institute of Reproductive Health.   In addition, Moore had been a lay leader in various capacities for JFNA.  Moore did not respond to a request for comment.

The rejection of Zionism by JFNA leaders was described by Wexler in his blogpost and in comments to The Jewish Press, as a continuing trend by Federations to distance themselves from Israel.

Further evidence of this trend, according to Wexler, is a drift from the close connections the JFNA had with its actual overseas partners, the Jewish Joint Distribution Committee, and the Jewish Agency for Israel.

Acknowledging that there might be better, more efficient ways for the Federations to encourage North American Jewry with Israel than through the Joint or JAFI, he was adamant that this latest decision — the excision of the term Zionism from their planning documents — was morally disastrous.

“What we cannot permit is an implicit denial of the centrality of Israel in our lives and a denial [of] the absolute responsibility we as Diaspora Jewish leaders have to engage more Jews here with Israel.”

Although repeated efforts to reach JFNA leaders were unsuccessful, it is possible that the decision may be reversed before the report is finalized.  Richard Wexler, for one, hopes this is what attention to this decision may bring.  Otherwise it is simply a “terrible commentary on what Federations are today.”

After this story was published, JFNA officials issued a statement sent to Federation executives and others, by Kathy Manning, Chair, and Jerry Silverman, President/CEO of the Jewish Federations of North America:

On July 27, 2012, Lori Lowenthal Marcus wrote accusing the Jewish Federations of North America of moving away from its support of Israel and Zionism. Nothing could be further from the truth. The ongoing support of Israel is fundamental to Federations and to JFNA. Our system sends hundreds of millions of dollars each year to Israel to support the vulnerable, to assist in education programs, to help new immigrants, to assist in job and skills development, and to provide concrete expressions of solidarity during Israel’s darkest hours. We connect American Jews to Israel and Israelis by supporting birthright and other youth and young adult programs, community and national missions to Israel, and innovative partnerships between our communities and Israeli communities. We are proud to be holding our 2013 General Assembly in Israel, where we will have an opportunity to highlight the important work we do with our partners in Israel.”

The decision to remove the term “Zionism” in an important global planning document because that term is “too controversial,” which is the point of the article, is not denied in their statement. Repeated efforts were made to contact Federation and JFNA officials before the story ran. 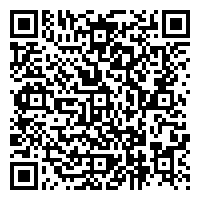