A group of over 20 Jews consisting of men, women, children, and elderly  returning to the Maale HaZeitim neighborhood on the Mount of Olives in Jerusalem on the Sabbath were attacked by a group of Arabs hurling rocks and cinder blocks.

Reports indicate that Jewish men in the group responded by punching assailants, who returned lobbies with their own fists.


Guards were called immediately to the scene, no serious injuries were reported. 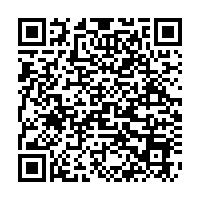