An Israeli firm won a contract this week to upgrade systems at Uganda’s Entebbe airport, where a daring IDF mission on July 4, 1976, rescued 105 hostages from a hijacked airplane

Trilogical Technologies won the bid to integrate and implement systems that cover manpower, vehicle and equipment serving the airport’s ground services,  according to Israel Defense.


It said Trilogical’s software and hardware products will be integrated for management of existing resources  and carrying out missions in its airspace. Its computer system will be installed for the first time in Entebbe’s luggage, passenger and maintenance departments.

Ironically, the control systems will be installed “for control and warning in the event of operational or security irregularities” according to the report.

“There is a great deal of symbolism in the date when we are beginning the project,” said Trilogical CEO Erez Lorber.

The ability of the Israeli commandos to land at the airport without being detected was the key to its success, which was marred by the death of the commander of Operation Entebbe, Col. Yoni Netanyahu, brother of the prime minister.

One of the officers on the mission, a neighbor of mine, recently told me that almost no one in the hand-picked units believed that they would take off for the rescue operation because the scheme was “beyond imagination.”

The hostage crisis began on June 27 when Arab terrorists, helped by a German revolutionary cell, hijacked an Air France plane en route from Tel Aviv to Paris via Athens and demanded the release of prisoners in Israel in return for releasing the Israeli hostages.

After a week of planning, Operation Entebbe began on July and lasted approximately one hour. Besides the death of Netanyahu, five commandos suffered injuries and three hostages were killed.

The commandos landed in the dark of night, killed 45 Ugandan soldiers and destroyed 30 Soviet-built MiGs to prevent them from being used against the Israeli force.

Israeli firms had helped build the Entebbe airport, and their possession of blueprints of the facility was crucial towards the operation’s success.

When the Israeli planes, a cargo plane rolled out a black Mercedes that was a duplicate of Uganda President Idi Amin’s vehicle.

The element of surprise enabled the commandos to eliminate opposition forces and rescue the hostages, except for two who were killed by IDF fire and a third who was caught in crossfire.

The raid has been attributed to putting a stop to the wave of international terrorist hijackings, but United Nations Secretary General at that time, Kurt Waldheim, condemned Israel for “a serious violation of the national sovereignty of a United Nations member state.” 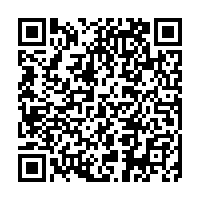