It’s three and a half days before the January 22 election in Israel, and the major story continues to be Likud-Beiteinu’s downhill slide. The unhappy union of two major right-wing parties, which has been losing a seat a week since its inception, on Friday sank to 33 vote (down from their current 42) in the Yedioth-Dahaf-Mina Tzemach poll, which included an unusually large sample in Israeli terms – 1,250 likely voters, with a 2-3 seat margin of error.

The other big story is that the new beneficiary of Likud’s losses is no longer Naftali Bennett’s HaBayit HaYehudi, but the “near left” parties of Tzipi Livni and Yair Lapid. These two personality-based lists are also siphoning off votes from Labor, which in Friday’s poll was clipped down to 17 seats. Lapid and Livni are holding 11 seats each

Among the Haredi parties, Shas increased to 11 from its current 10 Knesset seats, Torah Judaism maintains its rise to 6 from the current 5 seats, and Rabbi Amsalem gets 2 seats, an increase of 1 from his current 1 seat.

The extreme leftist Meretz retains its 4 seats. The Arabs receive 11 seats – same as their current number.

The gap between the blocks is narrowing: Likud-Beiteinu, Jewish Home and Power to Israel get 47 seats, Labor, Livni, Lapid and Meretz get 43, the Haredi factions Shas, Torah Judaism and Amsalem get 19, and the Arabs 11.

The lower Likud-Beiteinu’s count, the less able will prime minister apparent Benjamin Netanyahu be to pick and choose among his potential government partners. In my humble opinion, his ideal coalition will include his own 33 seats (if the slide stops), Shas and Torah Judaism (17) and labor (17) for a stable, 67 member coalition.

This will create an interesting conundrum on the opposition side. According to the Knesset protocol, the head of the largest opposition party is appointed Opposition Leader – receiving a salary comparable to a government minister and getting monthly updates from the PM. However, should Naftali Bennett have the honor to head the largest opposition party, he would be facing 11 Arabs, 4 Meretz, and 22 Tzipi-Lapid members, all of whom fiercely oppose his platform.

In the past there was one case of rebellion against a coalition head under reverse circumstances, when Shas and Torah Judaism refused to accept the anti-Haredi Tomi Lapid (late father of the current Yesh Atid leader Yair Lapid) as their representative. 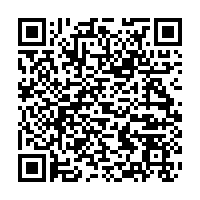