Israel’s Army Radio reported that Hotovely asked committee chair Elyakim Rubinstein, a Supreme Court justice and former attorney general, to disqualify Olmert, the former leader of the centrist Kadima Party, from contending in the upcoming elections because of his conviction in July for breach of trust during a stint as minister of trade and industry.

“It is inconceivable that Olmert be allowed to run for office in this situation, as elections are meant to increase the public’s trust in the political system, not diminish it,” Army Radio quoted Hotovely as saying in explaining her request.

In convicting and handing Olmert a suspended sentence, the court did not state that his offenses carried moral turpitude, which would have barred him from running. Olmert was cleared of more serious allegations of corruption that had forced him to resign in 2008.

Yoel Hasson of Kadima said that Hotovely’s request showed “Likud was panicking” because of the prospect of Olmert returning to public life.

Dalia Itzik, another Kadima lawmaker, said the party’s current leader, Shaul Mofaz, should step down and be replaced by Olmert.

Speaking with Army Radio, former Kadima minister Haim Ramon said he was talking to Olmert and former Kadima chairwoman Tzipi Livni about possibly forming a new political party. Ramon added, however, that Olmert has not yet made a decision on whether to return to politics. 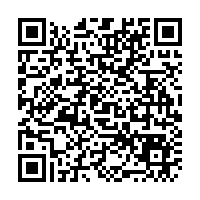