Majority Leader Mitch McConnell and 35 other Republican senators signed a letter urging Obama not to lift sanctions on Iran, saying its recent ballistic missile testing showed “blatant disregard for its international obligations.” According to Reuters, the letter says it would be “a mistake to treat Iran’s ballistic missile program as separate from Iran’s nuclear program.”

On October 10, Iran violated a UN Security Council resolution by test-firing Emad, a medium-range missile capable of delivering a nuclear warhead, according the Security Council’s Panel of Experts on Iran. The White House said in response to the report that it does not rule out additional steps against Iran over the illegal testing.

The UN monitoring panel said in a confidential report, as reported by Reuters, that the launched rocket could deliver a nuclear weapon. “On the basis of its analysis and findings the Panel concludes that Emad launch is a violation by Iran of paragraph 9 of Security Council resolution 1929,” the panel said.

The UN panel’s report said the test for a ballistic missile capable of delivering nuclear weapons is if it can haul at least a 1,100 pound payload a distance of at least 185 miles, and so, “the Panel assesses that the launch of the Emad has a range of not less than 621 miles with a payload of at least 2,205 lbs., and that Emad was also a launch ‘using ballistic missile technology,'” the report said.

The administration is expected to certify by the end of the week that Iran is complying with the July 14 Vienna deal that sets limits on Iranian nuclear activities in exchange for sanctions relief. But Democrats and Republicans in Congress do not believe Iran will comply with the agreement, and are dismayed by the administration’s lack of response to the testing of the Emad rocket.

Sen. Robert Menendez (D-N.J.), former ranking member on the Senate Foreign Relations Committee, on Tuesday, attacked the International Atomic Energy Agency (IAEA) to close an investigation of the military dimensions of Iran’s nuclear program. Menendez issued a statement saying, “I don’t accept that the IAEA report competently or fully addresses the true nature of Iran’s past weapons of mass destruction program. The report was a whitewash. And it certainly doesn’t give us any more insight into Iran’s past activities or future intentions. The US should not have agreed to shut the door on further investigating the possible military dimensions of Iran’s nuclear weapon programs based on a diluted, inconclusive investigation.”

Menendez suggested that “it is also a green light for Iran’s regime, which is watching closely, and which will continue to test the limits of the Joint Comprehensive Plan of Action (JCPOA) and the international community. If ever there is a time to send a strong message, the time is now. I urge my colleagues in the Senate to join me in extending the Iran Sanctions Act beyond its 2016 sunset.”

“It is evident that the administration, having snookered Senate Democrats with a promise of enforcement and sanctions for non-nuclear misbehavior, is in full appeasement mode,” Jennifer Rubin wrote in the Washington Post Wednesday. 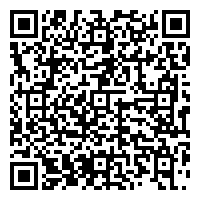