Over the past few months, the Israeli police national fraud unit has been investigating suspicions of corruption against two senior politicians, according to a Channel 2 News report Tuesday night. Both investigations are in their early stages, according to the leak, and neither pol has been invited to an interrogation “with a warning,” the Israeli equivalent of the Miranda warning.

On Wednesday morning, Israeli media announced that one of the politicians being investigated is Interior Minister Aryeh Deri (Shas), who has already served a lengthy prison sentence over embezzlement in the 1990s, when he was also serving as Interior Minister.


The revelation was made by none other than Aryeh Deri, who tweeted Tuesday night: “Tonight I approached the AG and asked to remove the gag order on any publication related to me. I announced that I would be available for questioning by any investigating unit, and would answer every question.”

In a September interview with Ha’aretz, Deri was asked to explain how can it be that all his nine children have been able to buy an apartment, and how could he afford, on his state salary, to buy a vacation home in a Moshav near Tsfat. Deri answered in detail regarding every single purchase, and his version came across reasonable, involving second mortgages and a rise in property values and contributions from the parents of his children’s spouses. It didn’t feel corrupt.

But Aryeh Deri has been on many people’s crosshairs in politics and the media ever since he had been rehabilitated by his late mentor, Rav Ovadia Yosef, handed the keys to the Shas party and now returned to his old post at Interior.

And so, on Wednesday morning, Deri’s enemies have been rushing to share their five shekels’ worth with the media about the soon-to-be fallen from grace again Aryeh Deri. Like Shlomo Benizri, a former Shas leader who is also a graduate of the Israeli prison system (four years for corruption and embezzlement), who said he didn’t think Deri had done the right thing returning to his old post at Interior, because everyone is looking for him. He also said the investigation is not just an attack on Deri, it’s an attack on the entire Torah World.

MK Mickey Rosenthal (Zionist Camp) said Deri should not have returned to politics at all, calling him “a corrupt man who stuck his hands in the public coffers and violated the citizens’ trust.”

Last time Deri was under investigation he was forced to resign from office in disgrace. Should the same thing happen again, it could mean the end of Shas, the Sephardi haredi party, as we know it. Either its voters would continue to turn their backs on it, as has happened this past election, when the party was demoted from 11 to 7 seats — or Deri’s departure would be an invitation to his victims at the party helm, most notably former Interior Minister Eli Yishai, to return from their exile and reignite public enthusiasm about the party.

Either way, this thing will get much uglier before it becomes beautiful. 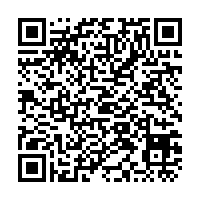