Culture and Sports Minister Hili Tropper had harsh words for the Kan 11 broadcaster, which censored some of his pro-Israel and Zionist remarks during an official ceremony, while broadcasting anti-Israel remarks by others.

Tropper addressed the Ophir Awards, film awards for excellence in the Israeli film industry awarded by the Israeli Academy of Film and Television, on Tuesday night and some of his remarks on Israeli patriotism were omitted by Kan 11, a state-funded TV station.


“The fact that last night’s broadcast chose to leave certain positions and omit others is puzzling and unsettling,” he wrote. “I did not see or hear my words about reconciliation, tolerance, Zionism and patriotism at home. It turns out that, oddly enough, things were cut short.”

“As I said at the ceremony itself, I try to avoid confrontations and clashes. I thought that there were enough of these, and how unfortunate that there seem to be some who cannot rid themselves of them. But in any case, I do not intend to give up my positions and the possibility of expressing them,” he wrote.

“The fact that the broadcaster chose to leave very certain positions and omit others, is puzzling and unsettling. This is not a personal insult as much as it is a failed expectation – for fair and honest conduct,” he pointed out.

He posted his remarks in full for “those who still believe there is a possibility of a little less hatred and much more partnership; For those who believe in the freedom of creation and in the possibility of containing criticism and harsh attitudes, but also to be completely an Israeli patriot and to be proud of being a Jewish-democratic and Zionist state; In general, for those who are interested in seeing and hearing things in full.” 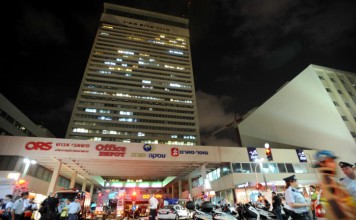 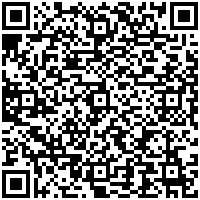