Huawei Technologies, the largest telecommunications equipment manufacturer in the world, headquartered in Shenzhen, China, which this week suffered yet another setbacks in its attempts to gain a foothold in the US market – with AT&T has backing out of a deal, has followed the advice of the original Chairman of the Board, Mr. Francis Albert Sinatra, picked itself up, dusted itself off, and… launched Gal Gadot, a.k.a. Wonder Woman, as their celebrity spokesperson, according to Tech Crunch.

Huawei gave the former IDF combat instructor the title of Chief Experience Officer, a role in which, according to a company press release, “Ms. Gadot will help shape the company’s brand experiences and play an active role in listening to and providing ongoing ideas to inform how Huawei will bring the best experiences to its consumers.”


Good enough, she can do it.

Gadot announced the move on Instagram Tuesday morning, stressing that she’s always been a fan: “I’ve been familiar with them since I can remember myself wearing makeup,” she told WWD. “They love women, they celebrate women and they’re very accessible.”

Gal Gadot, 33, was born in Petah Tikva and raised in nearby Rosh HaAyin. In Hebrew, her first name means “wave” and her surname (originally Greenstein) means “riverbanks.” Both her parents were born in Israel, one of her grandparents survived Auschwitz. Her high school major was biology. She married Israeli real estate developer Yaron Varsano in 2008. They have two daughters. 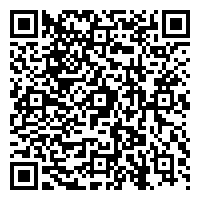