Israeli programmer Ran Bar-Zik who was summoned to testify in the libel suit of blogger Dori Ben-Israel against Facebook, told Calcalist that shortly before the day of his testimony, he received a tempting offer from the US technology giant. Bar-Zik says he refused because, “I couldn’t look myself in the mirror if I worked for Facebook.”

Ben-Israel, owner of the website Mizballah (Heb: garbage dump), claims “this is a criminal offense aimed at disrupting legal proceedings.”

The libel suit against Facebook was filed in response to the social network’s decision to block Ben-Israel’s site’s access, calling it spam. The blogger, who publishes news and industry gossip about Israeli advertising, says the call was defamatory. He is suing the company for $30,000 and wants the court to order Facebook to stop blocking his site.

Bar-Zik was expected to testify on Wednesday as an expert witness for the plaintiff in Tel Aviv District Court.

But Ben-Israel’s lawyer, Jonathan Klinger, told Calcalist that Facebook announced that it stipulated the expert’s points and would not cross-examine, most likely “because we said we had learned that after Ran submitted his expert opinion on our behalf, he received a job offer from Facebook.”

Klinger stressed, however, that he was not aware of a correlation between the two actions, he only said, “I know there was A, and there was B, and there was a proximity of the dates.”

Bar-Zik told Calcalist that he criticized in an online post a “completely inane technical point” in the Facebook defense arguments. “I made fun of it and wrote a post that completely destroyed it,” and the plaintiff asked him to be his expert witness, which he volunteered to do without pay.

Last June 7, Bar-Zik’s affidavit was submitted to the court. Less than two weeks later, on June 18, Bar-Zik received a job offer from Facebook, to his personal email, which he said was focused on his specific skills.

Ben-Israel told Calcalist he thought the Facebook hiring attempt was an obstruction of justice and that the court should treat it as a criminal offense. 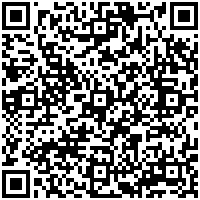