The Israeli embassy in Amman will reopen “immediately” according to a statement released Thursday night by the Prime Minister’s Office, saying the two sides “have reached an agreement.”

A Jordanian spokesperson also said Thursday night the Israeli embassy would open immediately, but added the Netanyahu government formally apologized for the deaths of two Jordanians killed in July 2017 in an incident at the embassy, as well as the killing of a Jordanian judge in a separate incident in 2014.

The statement from Netanyahu’s office made no mention of any apology or the embassy security officer, Ziv Moyal, who was involved in the shooting that led to the embassy’s closure.

“Israel and Jordan have reached an agreement following the incident in Amman involving an Israeli diplomat on July 23, 2017 and the incident in which a Jordanian judge was killed on March 10, 2014. The Israeli embassy in Jordan will return to full activity immediately,” the Israeli statement read.

“The Israeli authorities will continue reviewing the materials regarding the July 2017 incident and anticipate making a decision in the coming weeks,” it continued, an indirect reference to the question of whether or not the security officer will stand trial over the shooting.

“Israel attaches great importance to its strategic relations with Jordan, and the two countries will act to advance their cooperation and to strengthen the peace treaty between them.”

Jordanian government spokesperson Mohammad Momani claimed Thursday in his statement that Israel agreed to bring legal action against Moyal and to compensate the families of all three shooting victims, from both incidents.

Moyal opened fire after a Jordanian citizen attacked him with a screw driver from behind. The second Jordanian who was killed allegedly was caught in the crossfire.

Jordan initially refused to allow Moyal to leave the country and chose to ignore his diplomatic immunity. A day later, however, the entire embassy staff, including the Israeli ambassador, left the city, together with Moyal after U.S. intervention and a visit to Amman by Shin Bet intelligence chief Nadav Argaman. 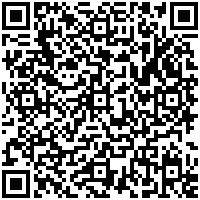