MK Michal Rozin (Meretz) called on the Knesset legal adviser to block Justice Minister Ayelet Shaked’s NGO transparency law to be presented for a first vote at the plenum Monday evening. The law will require NGOs that receive more than half their budgets from foreign political entities to mention this fact in all their official publications. Violators will be fined $7,500.

In a letter to attorney Eyal Yinon, Rosin argues that the law would discourage foreign governments from supporting, among others, human rights NGOs that support children. Rosin complained that the bill does not deal with this aspect.

Of the 27 groups examined, 20 receive more than 50% of their funding from governments. The three NGOs receiving the highest share of foreign government funding are Yesh Din (93.5%), Terrestrial Jerusalem (91.2%), and Emek Shaveh (90.2%).

Twenty-one governmental and intergovernmental entities fund Israeli NGOs (this includes funding by the EU, UN and the Human Rights and International Humanitarian Law Secretariat). The EU is the largest donor, providing $7 million, followed by Norway and Germany.

19% ($12,691,057) of the funding is donated by Christian groups (churches or Christian humanitarian aid organizations). Most of these institutions receive large sums of government funding. 5% of donations were given by private religious institutions and/or donors. 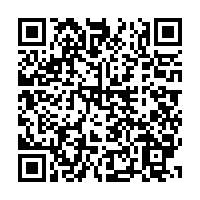