Ruth Gruber graduated from New York University at the age of eighteen. When, in 1931, she received a fellowship from the Institute of International Education for study in Cologne, Germany, her parents pleaded with her not to go. Their fears were well-founded: Hitler was coming to power in Germany and threatening Jewish security. But Ruth reassured them, and went to Cologne, taking courses in German philosophy, modern English literature, and art history – and at age twenty, she became the youngest Ph.D.


Ruth returned home in the midst of the Great Depression and turned to journalism for a living. Fortunately, the New York Herald Tribune accepted her stories and she became the first to report on the nature of Nazism in Germany.

In 1935, she won a fellowship from the Guggenheim Foundation to write a study of women living under fascism, communism, and democracy. The Herald Tribune gave her press credentials, and she became the first foreign correspondent, male or female, allowed to fly through Siberia into the Soviet Arctic, into the heart of Stalin’s gulag. It was the book she wrote about her experiences, I Went to the Soviet Arctic, that prompted U.S. Secretary of the Interior Harold L. Ickes to make Dr. Gruber his field representative to study Alaska’s viability for GIs and homesteaders, both socially and economically. For over eighteen months she covered the vast territory by plane, train and dogsled.

On her return to Washington, she was appointed Secretary Ickes’ special assistant in 1944, at a most critical moment in Jewish history. The Holocaust was raging and President Roosevelt decided to bring a thousand refugees from Europe to a former army camp in Oswego, a small town in upper New York State. Dr. Gruber was selected to fly to Europe to escort the refugees to America. Ickes told her, “You’re going to be given the rank of simulated general,” explaining: “If you’re shot down and the Nazis capture you as a civilian, they can kill you as a spy. But as a general, according to the Geneva Convention they have to give you food and shelter and keep you alive.”

Escorting the refugees by ship from Naples, Italy, Ruth Gruber recorded their stories of survival. Often she had to stop writing because tears were wiping out the words in her notebook. Soon the refugees began calling her “Mother Ruth.” The voyage became the defining Jewish moment of her life. She knew that from then on, her life would be inextricably bound with rescuing Jews in danger.

Dr. Gruber’s book about the experience, Haven: The Unknown Story of 1,000 World War II Refugees, became the basis for the permanent Holocaust exhibit in the State Museum in Albany.  In her honor the museum library is called “The Dr. Ruth Gruber Library and Resource Center.”

Dr. Gruber was showered with awards for her lifelong work rescuing Jews, and simultaneously for her amazing array of literary works. In 1998 she received a Lifetime Achievement Award from her peers in the American Society of Journalists and Authors as “a pioneering journalist and author whose books chronicle the most important events of the twentieth century.” 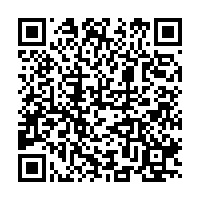