According to Kamal Tabikha, the National newspaper’s Cairo correspondent, last Sunday, the Egyptian Health Ministry issued a warning against taking the “Hitler shot,” a cocktail of antibiotics, painkillers, and steroid hormone cortisone that’s popular in the country’s rural provinces where it is being used against Covid-19 and the flu.


Dr. Ahmed Doma, a member of the country’s pharmacists’ syndicate, called a popular Egyptian talk show on Sunday to warn against pharmaceutical salesmen who spread the dangerous substance, Tabikha reported.

“The Hitler shot has been around for a while and we in the medical community have been aware of it for some time,” said Dr. Doma, adding, “It is perhaps getting more attention now because people are using it more during a recent spike in cases of flu and mild Covid-19.”

Dr. Doma warned that the Hitler shot was especially dangerous to patients with allergies or respiratory issues, and the cortisone in the drug cocktail may cause a drop in people’s immune response. He said “Egyptians deal with pharmaceuticals in a way that is unheard of in most other countries in the world, they enjoy a very intimate relationship with their medication. Unfortunately, much of the time Egyptian patients are given free access to medications that should only be administered by a doctor,” he said.

Hossam Abdel Ghaffar, a spokesman for the Egyptian health ministry, warned that the antibiotics in the Hitler shot may cause anaphylactic shock, because of uncontrolled dosages, which could be fatal.

Egyptian medical experts have been warning for years against the rampant use of antibiotics there, which has led to the rise of antibiotic-resistant “super bacteria.” 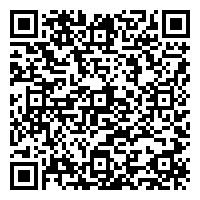