In anticipation of the historic Presidential elections being held today, the Egyptian Independent offered a survey of the foreign policy platforms of the candidates. Despite their differences, they speak in one voice about the need to restore Egypt to its rightful place of primacy in the Arab world and their hostility towards Israel.

In an article titled, “Foreign policy, a blank slate for candidates to draw on,” Mohamed Elmeshad reviewed the positions of the main candidates: Former Muslim Brotherhood official Abdel Moneim Aboul Fotouh, Muslim Brotherhood candidate Mohamed Morsy, former Egyptian Foreign Minister Amr Moussa, former Prime Minister Ahmed Shafiq, Lawyer Khaled Ali, and Hamdeen Sabbahi of the Dignity party. Elmeshad cites the Israel-Palestinian conflict and Egyptian-American relations as among the main issues in the campaign. The unifying theme for all of the candidates was the sense that Egypt has fallen into a state of “political subordination, especially to the US, on issues such as the Israeli-Palestinian conflict, and has lost much of its former regional significance.”

Calling sentiments in Egypt “decidedly anti-American,” Elmashad states that the candidates all evince a desire to liberate Egypt from its subordinate relationship with America, and reset it on the basis of “mutual interest.” Independent candidate Aboul Fotouh, one of the two frontrunners, spoke of the need for greater independence to return Egypt to its role of regional leader. Moussa, the other frontrunner, seemed more cautious about implementing a total reorientation in Egypt’s foreign policy, stating vaguely that the January 2011 revolution must have “positive reflections on Egypt’s foreign policy.” Morsy, who has the benefit of the Muslim Brotherhood’s structure and organization, has focused his foreign policy platform on the even vaguer “achieving international leadership.”

On the topic of the Camp David Accords, Aboul Fotouh, Morsy, Ali, and Sabbahi all agreed that Egypt must honor its treaties, “but all hold the view that Israel has not kept its end of the bargain, which could potentially nullify the agreement.” Sabbahi is the most radical regarding relations with Israel, and when discussing the issue, refers to Israel as the “Zionist entity.” Elmashad wrote that the above candidates are also entertaining the “possibility of unilaterally supporting Palestinians by opening the Rafah border crossing and working with Islamist Hamas.”

Elmashad suggests that Moussa is also more cautious about shifting to a unilateral policy vis a vis the Palestinians, preferring instead to operate within existing agreements to advance the Palestinian cause. But Elmashad also quoted Moussa as saying that it was “an ethical obligation” for Egypt to be more vocal in its support of the Palestinians. Moussa, known as a staunch nationalist, has placed much emphasis on implementing a “new Arab order, through which Egypt would return to its regional leadership.” He also advocates see closer relations with Turkey and Iran.

It is unlikely that there will be a clear winner in the first round of the Presidential election today, meaning that there will be another round in the form of the run-off. But whoever comes out victorious in the end, we can be sure that challenges lay ahead for Egypt’s relationship with the US and Israel. 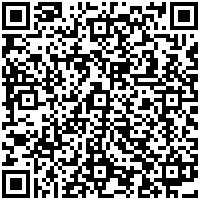