Iran’s Lebanese proxy group, Hezbollah, claimed Monday evening after an IDF statement saying it “thwarted an infiltration attempt by a Hezbollah terror squad) that no shootout with the IDF had taken place earlier in the day along Israel’s northern border,” the Hebrew-language Ynet news site reported.


The Israel Defense Forces said a terrorist cell was forced back into Lebanese territory, from Israel, across Israel’s northern border, after IDF soldiers opened fire at between three to five Hezbollah operatives in the Har Dov area of Sheba Farms, near the Syrian border.

According to an “exclusive report” by the Hezbollah-linked Al Mayadeen network based in Beirut, a Kornet anti-tank missile was fired at an IDF vehicle as well, but the IDF denied the report, saying no personnel were wounded in the “incident” and “there was no anti-tank fire.”

“Our response to the killing of Ali Kamel Mohsin, who was killed in an Israeli attack on the Damascus airport area, will definitely come, and the Zionists will just have to wait for their punishment for their crimes.

“The fear that the Israeli army and residents in the north live in, along with the high level of preparedness and the fear of the resistance’s reaction to the assassination of Ali Kamel Mohsin.”

“Everything that the Israeli media claims about thwarting an incursion from Lebanon into Israel, as well as talking about the deaths of Hezbollah operatives in the bombings in the Sheba area, is completely untrue,” Hezbollah claimed.

“It is an attempt to produce false victories and achievements.”

Prime Minister Netanyahu gave his own statement this evening in response to the attack:

“Israel will continue to take action against Iran’s efforts to entrench militarily in our region. Nasrallah is embroiling Lebanon – because of Iran. Today, a Hezbollah cell infiltrated into Israeli territory. Thanks to the successful operational deployment of forces on the ground by its commanders, the IDF thwarted this attempt. We view the effort to infiltrate into our territory with utmost gravity. Hezbollah and Lebanon bear full responsibility for this incident and for any attack against the State of Israel emanating from Lebanese territory.

Hezbollah needs to understand that it is playing with fire. Any attack against us will be met with great strength. Nasrallah already made a major mistake in underestimating Israel’s determination to defend itself and Lebanon paid a heavy price for this. I suggest that he not repeat this mistake.” 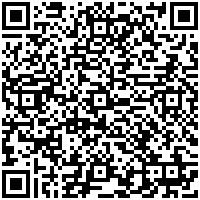