Nine people were injured early Sunday in a massive explosion at a petrochemical factory about 30 miles (45 kilometers) northwest of the Iranian city of Isfahan.

Britain’s The Guardian reported that the Iran Aircraft Manufacturing Industrial Company produces a range of aircraft and drones for Iranian and Iranian-backed forces.

The plant is located in a complex owned by Sepahan Nargostar Chemical Industries.

It’s not yet clear what caused the blast, and officials have not offered details about the extent of the damage.

Last Thursday Israel’s Prime Minister Benjamin Netanyahu showed the remnants of an Iranian military drone that had been shot down two days prior, after it crossed into Israeli airspace from either Syria or Iraq.

The IDF collected the debris from the drone after it was intercepted near Israel’s border with Jordan.

Netanyahu said in a joint news conference held Thursday (May 20) with German Foreign Minister Heiko Maas in Jerusalem that the drone was armed with explosives. 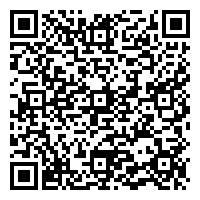