Former Mossad chief Yossi Cohen told participants at the 10th Annual Conference of The Jerusalem Post on Tuesday that Iran “is not even close” to achieving a nuclear weapon of mass destruction.

Cohen said in his remarks that world leaders are more opposed to Tehran’s nuclear program than in the past.


“I think that Iran, to this day, is not even close to acquiring a nuclear weapon,” he said.

“This is due to longstanding efforts by some forces in the world . . . and there is “less foreign support for what [Iran is] doing than in the past.”

Nevertheless, if Iran does succeed in developing such a weapon, Cohen said, Israel must be able to stop it. Alone.

“We have to develop capabilities to allow us to be absolutely independent, doing what Israel has done twice before,” he said in a reference to past Israeli operations to destroy nuclear reactors in Iraq and Syria.

“They should not sleep quietly in Iran,” he said.

“In the JCPOA (ed. note: the Joint Comprehensive Plan of Action to rein in Tehran’s nuclear program, signed by Iran with world powers in 2015) the C stands for comprehensive,” he pointed out, saying “It isn’t comprehensive. It must be comprehensive. [It] has to be completely refurbished, not only in one different subject, but completely,” he said.

“Unless Iran comes completely clean about their deeds in the past, a nuclear agreement should not be signed,” Cohen said, referring to current negotiations between Iran and world powers on a new document. “Grossi (IAEA Director-General Rafael Grossi) should not allow that.” 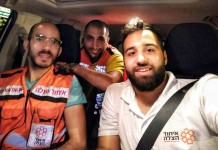