Israeli Intelligence Minister and MK Elazar Stern has withdrawn his candidacy as the prime minister’s choice for the post of chairman of the Jewish Agency for Israel, the world’s largest Jewish nonprofit organization.

The formal nomination process for the post, during which Stern would have been interviewed by the 10-member selection committee, was set to begin this Wednesday.


Stern, a member of the Yesh Atid party, made the announcement Tuesday in a post on Facebook, referencing a controversy over his comments during a radio interview this past Sunday that he had “shredded many anonymous complaints” about sexual harassment and other issues during his tenure as head of the IDF Manpower Directorate.

“In the current atmosphere I do not find it right at this time to present myself for election as Chairman of the Jewish Agency,” Stern wrote. “I do so with clean hands and with a full heart, and I know all of my years and past actions are evidence of my true ways.

“I apologize to anyone who has been hurt or offended by what I said and the interpretation of my words and apologize to my family who are standing firmly by me despite the difficulty,” Stern wrote.

“I will continue to do my best wherever I may be to ensure a better future for the State of Israel and the Jewish people,” he added.

Stern was advanced as a candidate for the post by Prime Minister Naftali Bennett.

Stern went on a damage control mission Sunday evening in response to the firestorm that erupted after the interview, telling Israel’s major television networks that none of the anonymous complaints he shredded had related to sexual assault, and apologizing if his remarks had caused offense.

Yesh Atid party chairman and Foreign Minister Yair Lapid supported Stern in a statement issued Monday, saying, “Yesh Atid is a party where there is zero tolerance and zero backing for sexual harassment. We believe that women should be protected and allowed to complain in any way they see fit.

“If Stern had said he had shredded complaints about sexual harassment, we would have said goodbye to him later that day. He did not say that, and he does not believe in that.”

The first woman said Stern had threatened her after she complained about a non-commissioned officer, telling her that her life would be “dark and bitter” if she repeated the allegations. Stern denied having made the threat but admitted his treatment of the case “may not have been good.”

The second woman, who at the time oversaw dealing with sexual harassment cases, said Stern had ignored her complaints and those of others, adding that she was “shocked” when Stern claimed he had never silenced such complaints.

“From the few details we were given, it seems the case is familiar to Minister Stern and was directly and stringently handled by him,” Stern’s office responded. The offender, his office added, “was relocated and his service shortened.” 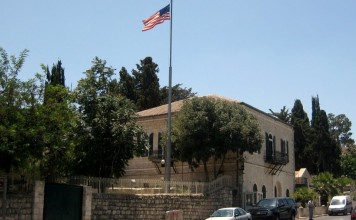