Israeli President Isaac Herzog warned international leaders on Wednesday that the Iranian threat “must be neutralized once and for all, with or without an agreement.”

Herzog made the statement during remarks delivered at the scaled-down graduation of the 183rd flight course of the Israel Air Force, held Wednesday at Hatzerim Air Base.

“Today you receive your wings and spread your wings” after having completed a “complicated training program,” Herzog said. “I know, and the People of Israel know, that the mission is in the best hands, and that we have someone to rely on.”

The president went on to note that many activities and operations “which are best suited to silence” prove the ability of the Israel Air Force to reach “anywhere, in any situation, both during a war or a campaign and also, sometimes all the more forcefully, in the important and uncompromising war known as the ‘campaign between the wars,’ in which the air force successfully plays a supremely vital role.”

Israeli fighter pilots have flown hundreds of missions in the past few years to destroy increasingly advanced Iranian military infrastructure and weapons that have become entrenched in Syrian territory, just north of Israel’s border.

The ability of those pilots to meet those challenges, said Herzog, is “much more important for us at this time, in days when the Iranian octopus continues to reach its tentacles all across the Middle East.

“Iran is a ticking time-bomb that threatens Israel and the whole Middle East. This matter is a point of agreement in Israel’s society and leadership. I am following the negotiations around the nuclear deal, and I call on the international community not to be led astray and not to underestimate the gravity of the threat,” Herzog urged world leaders.

“The Iranian nuclear threat must be neutralized once and for all, with or without an agreement. Iran must not be allowed to acquire nuclear weapons capabilities,” he warned.

Defense Minister Gantz and Prime Minister Naftali Bennett held meetings on Wednesday with the US National Security Adviser as well. All of the meetings focused on issues surrounding the threat posed to Israel by Iran. 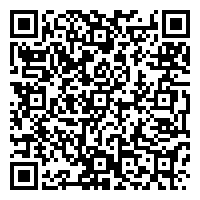