An Iranian public prosecutor announced Tuesday at a news conference that three “Mossad spies” were arrested in Sistan and Baluchestan province” in connection with a plan to assassinate nuclear scientists.

“The arrest of these Mossad operatives came after a complicated intelligence operation that lasted for eight months of monitoring,” Sistan-Baluchistan province prosecutor Mehdi Shamsabadi said, according to the country’s Mehr News Agency.


“The three were planning to assassinate our nuclear scientists according to intelligence assessments,” Shamsabadi said, according to Reuters. He did not reveal the nationality of the detainees, nor did he reveal the total number of suspects arrested.

A preliminary investigation into the case is nearing completion, Shamsabadi said, with indictments expected sometime next month. The Tehran government often announces the arrest of “Mossad spies” without providing public evidence to support the accusations.

The arrests of three people suspected of leaking classified information to the Mossad were also reported in April.

“Three publishers of classified information and documents related to the Zionist regime’s intelligence service, with the abbreviated letters MS-M-M Z, A-Q, were arrested with permission of the judiciary.

“These individuals were involved in the dissemination of classified information and documents,” according to the semi-official Tasnim News Agency.

Iran has ramped up efforts to murder Israelis abroad following the deaths of multiple nuclear scientists in the country which the Tehran government blames on Israel.

A number of Iranian terrorists were arrested “in recent days” in a joint Israeli-Turkish effort, Prime Minister Naftali Bennett announced earlier this week.

“The operational efforts alongside Turkish security forces have borne fruit,” Bennett said. “In recent days, in a joint Israeli-Turkish effort, we thwarted a number of attacks and a number of terrorists were arrested on Turkish soil.”

Bennett did not reveal how many terrorists were arrested, nor did he share the nationality of the terrorists or the number of attacks that were prevented.

Lapid is set to become Israel’s transitional prime minister once the Knesset passes a resolution advanced by the coalition to dissolve the current government and its parliament. The dissolution measure is expected to reach the Knesset plenum this week, on Wednesday. 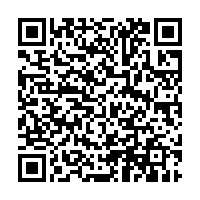