Iran announced Sunday that it has indeed increased its uranium enrichment beyond the limit set forth in the 2015 JCPOA nuclear agreement between Tehran and world powers.

Iranian officials said the increased enrichment level would be reached later in the day on Sunday but declined to say what it would be. Under the JCPOA, the cap is 3.67 percent, the level which is used for nuclear power plants.

In response, Prime Minister Benjamin Netanyahu called on world leaders to take action after hearing Tehran confirm it would increase its enrichment of uranium.

“It is a very, very dangerous step,” Israel’s prime minister said. “I’m asking you not to provoke, but out of joint knowledge of history and what happens when aggressive totalitarian regimes can cross the threshold toward things that are very dangerous to us all. Take the steps that you promised. Enact the sanctions,” Netanyahu urged.

“Within hours, the technical tasks will be done and enrichment above 3.67 percent will begin,” said Behrouz Kamalvandi, spokesperson for Iran’s Atomic Energy Organization. “We predict that the IAEA measurements early tomorrow morning will show that we have gone beyond 3.67 percent.”

However, Kamalvandi said that for now, the same machines are being used to increase the enrichment level; Iran is not increasing the number of centrifuges yet. Nevertheless, he said, enrichment can continue “at any speed, any amount and any level.”

The United Nations International Atomic Energy Agency (IAEA) responded that it is aware of the Iranian comments and “inspectors in Iran will report to our headquarters as soon as they verify the announced development.”

Former IAEA deputy director-general Olli Heinonen told The Jerusalem Post on Sunday, however, that Iran’s enrichment of uranium to the 5 percent level will reduce its breakout time to a nuclear weapon by approximately two months.

Heinonen said the situation can quickly deteriorate if the Islamic Republic decides in 60 days to increase its enrichment level to 20 percent, which it may. The former IAEA official also pointed out that Iran currently has 5,000 IR-1 centrifuges spinning at the main nuclear facility of Natanz, each with a capacity of 1 SWU (Separative Work Units), a measurement required to produce uranium enrichment when one ton of natural uranium is “fed” into cascades.

Breakout time can be dropped by six months if Iran reinstalls 5,000 additional IR-1 centrifuges in Natanz, he said, although it may take a couple of months to get that done, meaning breakout may take a little longer. The Islamic Republic also has advanced IR-2m centrifuges, he added, which have a capacity of 4 to 5 SWU.

If Tehran reinstalls more IR-1 centrifuges (all told, it’s possible for Iran to install up to 19,000 centrifuges, Heinonen said), breakout time would shrink below the six month mark.

Additionally, Iranian officials have already said several times they may want to use the Fordow facility to produce 20 percent enriched uranium. Heinonen said that would “change the picture substantially” by completing 85 percent of the effort required to produce weapons-grade uranium. 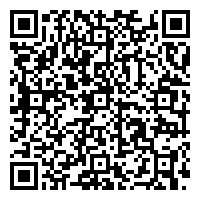