The Islamic Republic of Iran plans to increase its enrichment of uranium to five percent levels, according to the Reuters news agency, quoting an Iranian official who spoke on condition of anonymity.

The official said Iran would announce on Sunday, the deadline for Europe to offer new terms for its nuclear deal with Iran after the United States withdrew from the JCPOA, that its nuclear plants will increase the level of enrichment “to 5 percent from 3.67 percent that we agreed to under the deal.”


At 10:30 am local time, senior Iranian nuclear negotiator Abbas Araqchi is to announce the steps the Islamic Republic intends to take in cutting its commitments to the 2015 JCPOA nuclear deal, according to the Fars news agency.

Last Wednesday Iranian President Hassan Rouhani said Iran would make good on a threat to resume construction of a heavy water reactor, capable of producing plutonium beginning this Sunday. The Arak project in central Iran had been suspended under the JCPOA. He also said Iran would increase its enrichment of uranium beyond the limit set forth in the country’s nuclear deal with world powers.

“On July 7, the level of enrichment in Iran will not be 3.67 percent anymore, as we will abandon such commitment and increase it to any amount that we require and need,” Rouhani told a Cabinet meeting, according to Iran’s semi-official Tasnim news agency.

In an interview published Friday on the official website of the Iranian Supreme Leader, international affairs adviser Ali Akbar Velayati said the uranium “enrichment will increase as much as needed for our peaceful activities. For Bushehr nuclear reactor we need five percent enrichment and it is a completely peaceful goal. . . Americans directly and Europeans indirectly violated the deal. We will react proportionally the more they violate it. If they go back to fulfilling their commitments, we will do so as well.”

European nations involved in the deal say they are “urgently” weighing their options in light of Iran’s violations of the pact.

“We urge Iran to reverse this step and to refrain from further measures that undermine the nuclear deal. . . We are urgently considering next steps under the terms of the JCPOA in close coordination with other JCPOA participants.”

The nuclear deal held the enrichment to 3.67 percent because that is the level sufficient for a power plant, but still far from the 90 percent required for an atomic bomb and other nuclear weapons. Iran has previously said it requires five percent enrichment for the nuclear power plant at Bushehr. But 20 percent enrichment is required for the Tehran research reactor, and much closer to weapons-grade uranium. From there it is a much shorter leap to “breakout,” say experts who are expressing increasing concern about the events in Iran.

In response to a request from the United States, the 35-member nation board of governors of the United Nations International Atomic Energy Agency (IAEA) will hold an emergency meeting on Iran’s nuclear program this coming Wednesday, July 10. 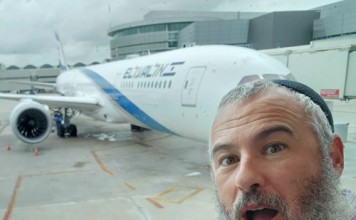