There was no mercy in the New York Times’ Sunday’s report “With Brutal Crackdown, Iran Is Convulsed by Worst Unrest in 40 Years.” It described an apocalyptic religious cult without conscious or morality, willing and able to murder hundreds of its own people when its rule is being challenged. Estimates of the dead now exceed 600, all of them unarmed civilians – unemployed and poor young men who were outraged by the sudden, huge hike in gasoline prices.


The response to these provocations has been truly Nazi in brutality, if not in numbers.

In the southwest city of Mahshahr, Islamic Revolutionary Guards surrounded a group of unarmed young men who sought shelter in a marsh, and shot and killed as many as 100 in what reminds this writer of Babi Yar, a ravine on the outskirts of Kiev, Ukraine, where Einsatzgruppen death squads killed at least 34,000 Jews over a one week period in September 1941.

The difference is only in the numbers – but rest assured, the time may yet come when followers of the clipped news reports from Iran would recall the current executions in Iran with some nostalgia. Don’t forget, Iran is involved in two civil wars right now, one of which, in Syria, has robbed some half million people of their lives and turned millions more into refugees.

Omid Memarian, the deputy director at the New York-based group Center for Human Rights in Iran, told the Times: “The recent use of lethal force against people throughout the country is unprecedented, even for the Islamic Republic and its record of violence.”

The worst is yet to come. Should the religious fanatics in Tehran be pushed into a corner by US sanctions and a rebellious citizenry, they are liable to react the way fanatical regimes do: between December 16, 1944 and January 25, 1945, Hitler, fully aware that defeat was only a matter of time, assembled whatever was left in Germany that could still walk and drive and threw it into a final, apocalyptic attack otherwise known as the Battle of the Bulge.

The German attacked with 450,000 troops, and 1,500 tanks and assault guns. Although at first they were able to take advantage of bad weather and the lack of preparedness on the part of the Allied Forces, they were eventually crushed by a vastly superior enemy force. Close to 100,000 Germans are estimated to have been killed, missing, wounded in action, or captured as a result of this mad attack. 19,000 Allied soldiers were killed as well.

The civilized world must prevent a repeat of this madness, this time coming from the Shiites in Tehran. According to opposition forces, 187 cities have joined the uprising, at least 600 civilians are dead, 4,000 injured and more than 10,000 are jailed.

Many Iranians are openly directing their hostility at the supreme leader, Ayatollah Ali Khamenei, who said the vicious crackdown was a justified response to a plot by Iran’s enemies at home and abroad.

2009 presidential candidate Mir Hussein Moussavi, under house arrest since 2011, on Saturday posted a statement blaming the supreme leader for the killings, which he compared to a 1978 massacre by the Shah government forces: “The killers of the year 1978 were the representatives of a nonreligious regime and the agents and shooters of November 2019 are the representatives of a religious government,” Moussavi said. “Then the commander-in-chief was the shah and today, here, the supreme leader with absolute authority.”

How real is the Iranian threat, should the Tehran regime reach the point where Hitler was in late 1944? According to military experts, despite the fact that Iran is in possession of thousands of ballistic missiles, its choice weapon in an all out conflict would be cruise missiles, the kind that took out oil facilities in Saudi Arabia Sept. 14, 2019, and caused a major, albeit temporary, shock to the global oil market.

The Hoveyzeh is an Iranian designed and built, all-weather, surface-to-surface cruise missile, which was unveiled last February during the celebrations of the 40th anniversary of the 1979 Iranian Revolution. The Aerospace force of the Islamic Revolutionary Guard Corps operates these missiles.

This surface-to-surface cruise missile is capable of low altitude flight and has a range of at least 1350 km (840 miles) – roughly the distance between Iran’s Gulf shore and Israel, with the ability to strike ground targets with high precision and accuracy.

A cruise missile is closer to an unmanned airplane than to a ballistic missile. It flies at low altitudes and so it cannot be detected from a great distance. Because it is slower, it is more accurate. Currently, military experts agree that taking down a cruise missile in real battle conditions is next to impossible. A combination of thousands of ballistic missiles being shot at Israel, Saudi Arabia and the Gulf states from Iran, Yemen, Lebanon, Syria and Iraq, together with a group of well-aimed cruise missiles should keep IDF and Defense Ministry officials up at night – and it does.

The civilized West has no choice but to meet the Iranian challenge today – before this country for which the fundamental restraints of Mutually Assured Destruction are meaningless becomes strong enough and scared enough to bring down hellfire on the world. 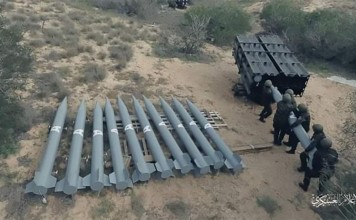 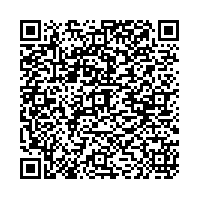