Iran’s political and military leadership in Iran is escalating its threatening tone towards the UAE following the signing of last week’s historic diplomatic agreement with Israel. The Islamic Republic is warning the UAE of the negative consequences that will result from the expansion of Israeli activity and influence in the Emirates.

In a detailed Hebrew-language piece written for the Jerusalem Center for Public Affairs (JCPA) by Lt. Col. Michael Segal, the author noted that the recurring theme in the Iranian speakers’ statements is that of the “betrayal” by the United Arab Emirates of the Palestinian Authority and their Muslim brethren, as well as the betrayal of “Jerusalem.”

In this context, Iran finds itself in competition with Turkey in claiming “who will defend and act more” passionate in one’s opposition to the agreement.

At the same time, Iran also fears deepening and solidifying Israel’s economic activity in the Emirates, which Tehran worries might serve as a springboard for intelligence-security activity on the other side of the Arab Gulf, especially during a sensitive period in which Iran has been exposed to fires and explosions in its nuclear program.

It should be emphasized that delegations from Israel are due to leave for the United Arab Emirates soon, and business agreements have already been reached between the two countries to fight the Coronavirus. All of these are believed to be raising the level of concern in Tehran.

Beyond that, Iran’s threatening tone is intended to try and prevent a drift towards similar moves by other Gulf countries, and especially Oman, Bahrain, Qatar and Saudi Arabia, all of whom can draw encouragement from the UAE move and normalize their relations with Israel while further approaching the United States and implementing the “Deal of the Century”.

“The UAE’s great betrayal of the Palestinian people … will turn this small, rich country, which is heavily dependent on security, into a legitimate and easy target,” said the Iranian hard-line daily Kayhan, whose editor in chief is appointed by Iranian Supreme Leader Ayatollah Ali Khamenei.

“Iranian missiles could hit the UAE in eight minutes,” Karasik said. “They can target critical infrastructure, or they can simply target the desert in an act of psychological warfare… Nevertheless, Dubai and other urban centers are still considered safe zones,” he added.

The Islamic Revolutionary Guard Corps (IRGC) and Quds Force leadership made direct and blatant threats to the Gulf states and in particular to the United Arab Emirates. The Quds Force commander warned that he who has “actual control of the UAE will face the negative consequences of its shameful action similar to Egyptian President Anwar Sadat” in view of the signing of the agreement.

Developments in Iran’s backyard, however, are meanwhile confronting Tehran with a reality in which it faces multiple crises simultaneously – from home and abroad. The coronavirus pandemic continues to take a heavy economic and civilian toll on the country. In Lebanon together with Hezbollah, Iran also faces the consequences of the massive explosion earlier this month: one of the challenges that is undermining the dream of the Second Islamic Republic in the international arena, despite the recent victory in the UN Security Council, and the failure of the proposed US arms embargo. 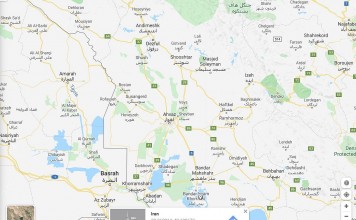 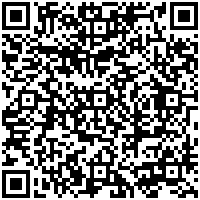