You can turn Israel’s enemies into minor-level hackers, but you can’t teach them Hebrew. The terrible Hebrew that’s been the curse of Hamas websites on Thursday brought to shame an otherwise fine hacking operation of, presumably, Iranian hackers. They took over segments of, or entire rightwing, Israeli websites – not government or other sensitive websites, mind you. But then they had no idea how to express in Hebrew their message, namely that “the countdown of Israel destruction has begun since a long time ago” (sic) which, come to think of it, ain’t such good English either.

But in Hebrew it was hopeless gibberish, barely translatable: “The count opposite to destruction Israel nitchal (they wanted to write Hitchila, which would have meant “began,” fem. 3rd person singular, but instead made up a meaningless verb conjugation) from before much time.”


This bad exercise in communication was followed on the hacked websites with a terrible CGI job showing how Israeli urban centers such as Tel Aviv and Haifa are being demolished by bombs, or a nuclear attack, they did both. But they didn’t hit Jerusalem. The video clip ends with the heart warming vision of thousands of Muslims on the Temple Mount, bowing in the direction of Mecca, with their behinds turned to the Gold Dome.

The clip concludes with the somewhat ambivalent declaration: “Israel will not see the 25 to the coming,” by which they mean, of course, that Israel will be destroyed before the year 2025.

Yachin Zik, director of activities for the Regavim movement told us: “We hope the site will be back soon. In the meantime, we will continue to guard the state lands and issue updates through the social networks.”

And our friends at United Hatzalah sent out an email saying a sub-page on United Hatzalah’s Hebrew website was the target of a cyber attack on Jerusalem Day. The incident took place on Thursday morning and is currently being dealt with. The page that was hacked is an informative page and does not contain any sensitive information.

The past few weeks have seen a hacking war between Iran and Israel, started by Iranian hackers who tried to take out Israel’s water controls and failed, which was followed by an Israeli attack on an Iranian port on the Persian Gulf which took out the facility for days. 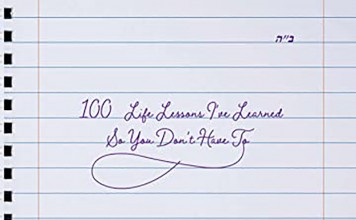 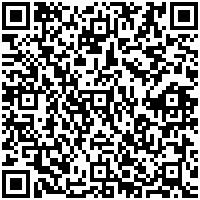