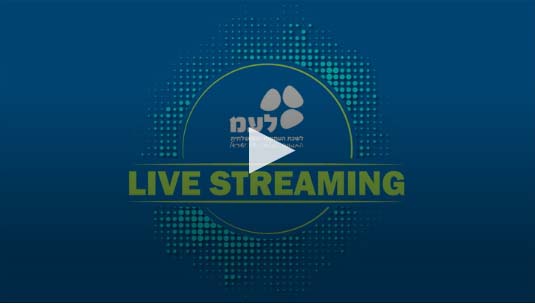 Rejoice with Jerusalem and be glad for her: The celebrations of 53 years since the reunification of Jerusalem will begin with a festive broadcast from the Western Wall in the presence of Israel’s Chief Rabbis, the Rabbi of the Western Wall and holy sites, the Mayor of Jerusalem, and the Minister for Jerusalem Affairs and Heritage. Jewish communities from around the world, youth movement members and the public from home will all join the broadcast on Zoom.

The Jerusalem Municipality, the Western Wall Heritage Foundation, the Office for Jerusalem Affairs and Heritage, and the Jerusalem Development Authority for the Development of Jerusalem will hold a special festive broadcast on Thursday, 27 Iyar, 5780 (May 21, 2020) from 7:30 pm to 8:30 pm in honor of 53 years since the reunification of Jerusalem. The broadcast will include a special prayer service and a medley of songs about Jerusalem led by Cantor Shai Abramson, KipaLive and singer Yishai Lapidot with hundreds of thousands of participants watching from around Israel and the world.

Rabbi Shmuel Rabinowitz: Rabbi of the Western Wall and holy sites: “This is the holiday for the city of the Jewish people’s yearning, our eternal capital – Jerusalem. The holy city we prayed and hoped to return to during 2,000 years of exile. We are privileged in our generation to be able to raise Jerusalem to the peak of our joy, and to have it spread a blessing of peace and solidarity all around the world. I invite everyone to take part in the celebration of our united capital with the blessing: “Request the welfare of Jerusalem; may those who love you enjoy tranquility.”

Mayor of Jerusalem, Mr. Moshe Leon: “Jerusalem is celebrating 53 years since its reunification, and especially during these days of ingathering forced upon us due to the coronavirus, we want to reach and touch everyone’s hearts. As part of the festive prayers of Jerusalem Day Eve, a custom we began last year, we will celebrate with the entire Jewish nation, young and old, residents of Israel and residents of communities around the world, with real unity and connection. This year, we will reach tens of communities around the world and together we will celebrate Jerusalem Day from the Western Wall. As the mayor of Jerusalem, I bless you with – Happy Jerusalem Day!”

Minister for Jerusalem Affairs and Heritage, Rabbi Rafi Peretz: “Two-thousand years of exile and yearning for our capital were like an eternity for the Jewish nation. Wherever they resided in the world, Jews always knew that Jerusalem, the city that joins everyone together, was waiting for them in the Holy Land. It is a huge privilege for me to begin my role as Minister for Jerusalem Affairs and Heritage exactly on this day of celebration. May this nation continue to absorb Jerusalem’s light forever. Despite the limitations, we continue to celebrate and be joyful with our capital and our nation.”

During the special broadcast, a film will be shown that includes a glimpse into the new tour and new findings that are 2,000 years old, recently discovered in the Western Wall Tunnels. A huge flag will be raised as a symbol of the traditional Flag Dance, a film telling the story of a paratrooper will be shown, and there will be a festive and joyous prayer service with songs.

When the broadcast is over, the traditional Flag Dance will take place at the Western Wall Plaza, in a limited manner this year, in accordance with Health Ministry regulations.

Due to the restrictions on simultaneous gathering at the Western Wall Plaza, the event will be broadcast live on the media, in special Zoom rooms, and on social media. It will be made accessible to the hearing impaired with simultaneous sign language.

Satellite data is as follows: 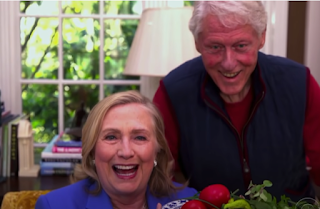 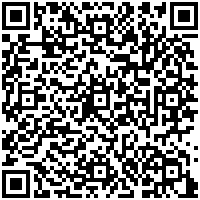