An Israeli-owned oil tanker struck Tuesday night by a combat drone in the Gulf of Oman was attacked directly by Iran, according to US and UK officials quoted by The Wall Street Journal.

The UAV used in the attack was a “Shahed” style kamikaze drone designed to crash into its target, similar to those provided to Russia by Iran for its war on Ukraine.

Iran was accused of launching multiple Shahed-136 drones last year to attack the Israeli-owned Mercer Street tanker in the Gulf of Oman; two crew members died in the incident.

As with last year’s attack, Iran denied any involvement in the incident in a statement by Iranian Foreign Ministry spokesperson Nasser Kanaani.

“This unmanned aerial vehicle attack against a civilian vessel in this critical maritime strait demonstrates, once again, the destabilizing nature of Iranian malign activity in the region,” said Gen. Michael Erik Kurilla, the head of US CENTCOM.

The US Central Command is responsible for American military operations in the Middle East and includes the State of Israel in its theater of operations.

The 600-foot Pacific Zircon was sailing under the flag of Libera when it was attacked by the UAV, leaving a hole in the back of the ship.

The tanker is owned by Israeli billionaire Idan Ofer’s Eastern Pacific Shipping company, based in Singapore.

The crew is safe and the ship, which sustained minor damage, is still sailing, according to the company’s CEO, Cyril Ducau. No oil spill resulted.

US National Security Adviser Jake Sullivan condemned the attack in a separate statement. “There is no justification for this attack, which is the latest in a pattern of such actions and broader destabilizing activities,” he said. “We will work with partners and allies . . . to hold Iran accountable and respond through appropriate means,” he pledged.

Earlier this month, US Fifth Fleet Navy forces seized a “massive amount” of explosive material used to fuel ballistic missiles in a raid on an Iranian fishing boat that was heading to Yemen.

The boat, intercepted on November 8 as it was crossing international waters in the Gulf of Oman, was carrying more than 63.5 tons of ammonium perchlorate – a chemical compound used to produce missile fuel and explosives, according to a statement issued by the US Navy.

Navy forces also found more than 100 tons of urea fertilizer, which can also be used to create explosives.

There was enough explosive material in the boat to fuel more than a dozen medium-range ballistic missiles, depending on the size, said Vice Admiral Brad Cooper, commander of the US Naval Forces Central Command, US Fifth Fleet, and Combined Maritime Forces.

“The unlawful transfer of lethal aid from Iran does not go unnoticed,” he added. “It is irresponsible, dangerous and leads to violence and instability across the Middle East.”

The navy sank the boat and took its four crew members to Yemen’s Coast Guard. 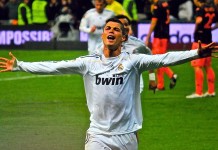 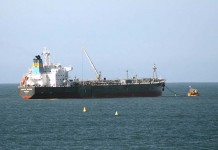 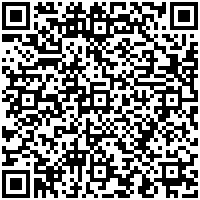